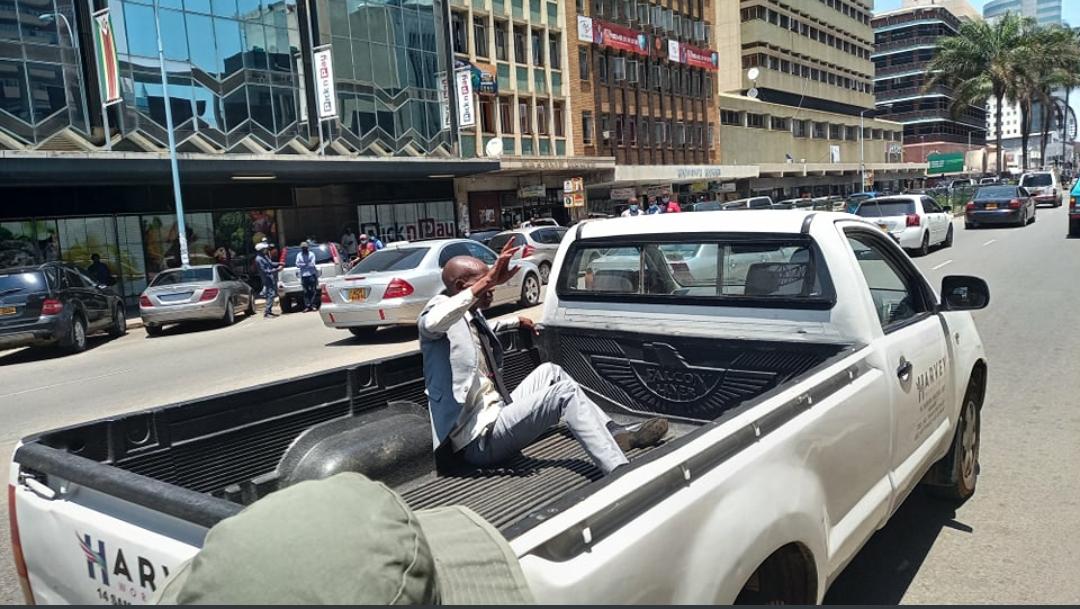 The MDC-T official Tafara Mashumba who wanted to expose Mwonzora's alleged theft of party funds is whisked away in a pick up truck.
Spread This News

Musarurwa barged into the press conference the Media Centre in Harare accompanied by bouncers who rained claps on the official before they hurled him out of the room and dragged him through several flights of stairs into the crowded street, where he started shouting: “They are beating me because I want to expose their corruption.”
As he shouted, a group of men charged towards him and jumped into a truck which drove off at speed.