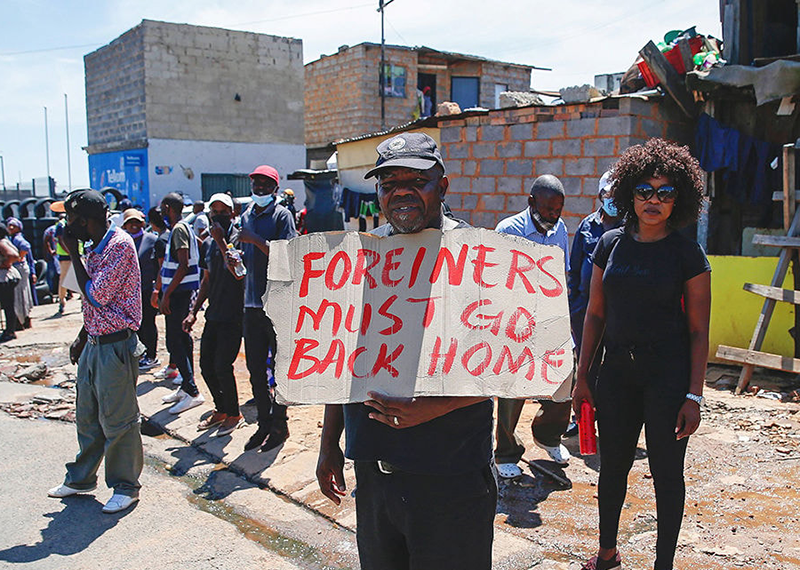 OPERATION Dudula commander, Nhlanhla ‘Lux’ Dlamini, who for the past year has been in overdrive hunting down undocumented foreigners in continuous episodes of South Africa’s xenophobic attacks, has hinted at shifting focus to that country’s premier soccer league, home to hundreds of foreign nationals, including Zimbabweans.

Dlamini’s Operation Dudula has resulted in the loss of lives and property across the neighbouring country in bloody attacks on foreigners alleged to have found their way into South Africa illegally.

Militant Dlamini, who was watching the latest edition of the Soweto derby at Soccer City which ended in favour of Kaizer Chiefs, took to Twitter to question the composition of both Chiefs and rivals Orlando Pirates.

He demanded that at least five Soweto born players be included in the starting lineups, teams hire coaches from Soweto before promising that he will soon be taking active interest in this.

“My only question is, this match belongs to Soweto, it is a Soweto derby, but can you count the number of players on the pitch?” said Dlamini as the match proceeded. 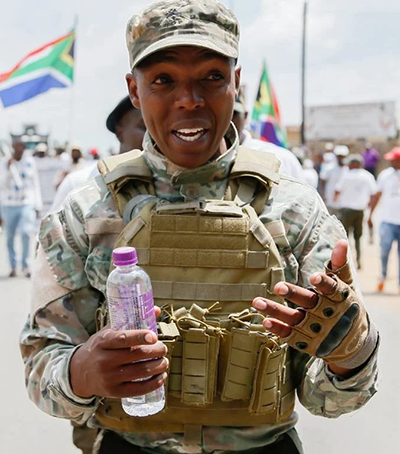 “So, I think if we are going to keep the name Soweto derby, the two biggest teams in Soweto should have a coach and a minimum of five players each from Soweto who are always fielded.

“We cannot just call it a Soweto derby without representation of players from Soweto. We need to fix this, and we need to fix this very soon. I hope there are ears that are worth the message listening so that this can be sorted out.

“We are not trying to find a problem in this beautiful atmosphere, but some facts and truths must be spoken. There is never a right time to speak a truth, this is it, this is the time.”

Although most players in both squads were not born in Soweto, Chiefs coach Arthur Zwane was born there. His opposite number Jose Riveiro is Spanish.

Dlamini’s Operation Dudula, described as afrophobic, has since spread from Soweto where it was initiated to other parts of South Africa.