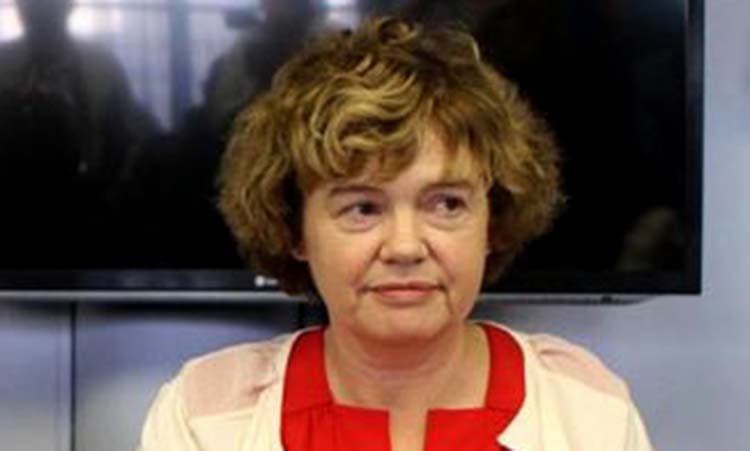 OUTGOING British Ambassador to Zimbabwe Catriona Laing has described as laughable and absurd, claims she had become too embedded with the Emmerson Mnangagwa government to a point of running its affairs.

“I find it laughable. I have heard these sad rumours. Of course, I am not running this government. I am a diplomat representing my country,” she said.

She was speaking to journalists at State House Wednesday soon after bidding farewell to President Mnangagwa. She is leaving for Nigeria to start on a new mission beginning November this year.

Laing had a controversial four year stay in Zimbabwe, a period that saw the British government in a surprise ditch of its opposition allies for government.

There are reports the former colonial master had a hand in the November ouster of former President Robert Mugabe.

Laing has raised eyebrows within opposition circles for what many felt was her being overly embedded with the Zanu PF led administration, far beyond her mandate as a diplomat.

At one time, the MDC grew impatient with the British diplomat for pulling all the stops to prop up Harare’s renewed bid to unlock fresh IMF funding.

But Laing disputed all the accusations against herself, insisting her relationship with the Zimbabwean government was above board.

“The government of Zimbabwe is running this government,” she said.

“I have a relationship with them as the representative of Her Majesty’s government; a constructive relationship based on mutual understanding but, I am not running this government.”

Added the British diplomat, “We built a relationship based on professionalism, based on trust with the government which is what we need on both sides to listen to each other.

“We need to have that trust so that we can have frank conversations and use that access to have influence. That is what all diplomats around the world do and there is nothing unusual in Zimbabwe.”

“I have a good cordial relationship with him and I do not have any problems at that level,” she said.