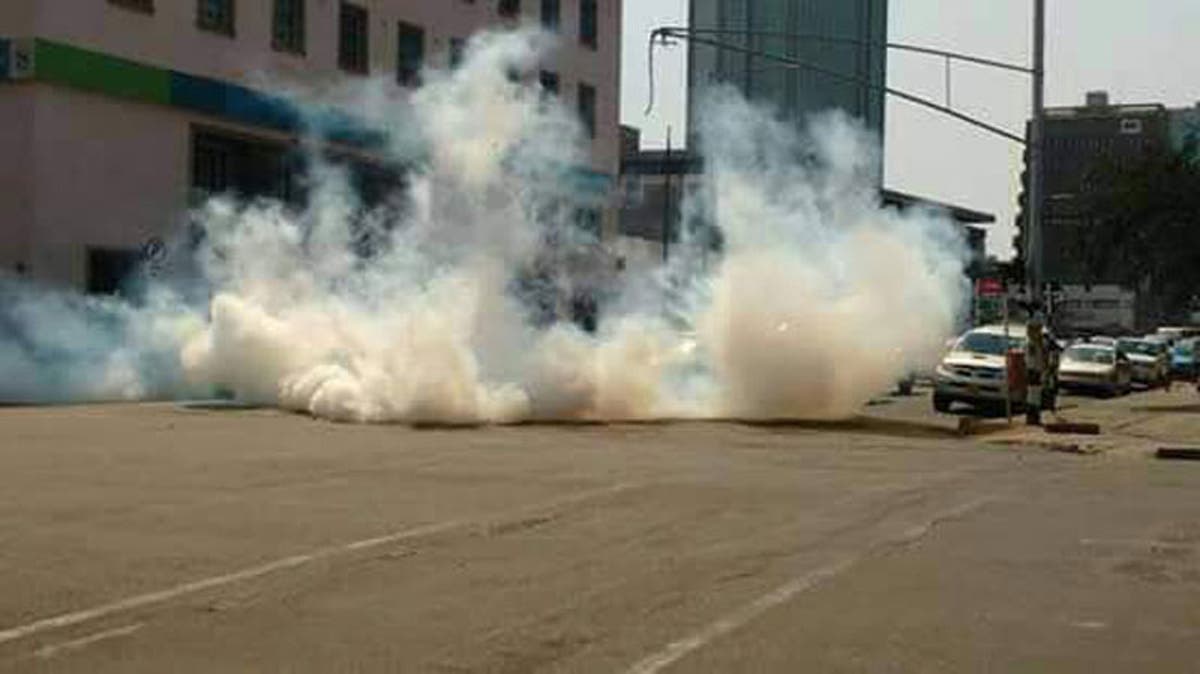 PASSENGERS, among them elderly women and children were Monday forced to scramble out of a fully loaded 75-seater bus at a Harare Showgrounds bus stop after a female police officer discharged a tearsmoke cannister inside their bus, forcing them to scamper out of the vehicle through windows.

In a video image that has since gone viral on social media, passengers are seen jumping out the bus through windows while police officers stand by watching them choke from a gas that has engulfed the entire bus.

Although details of what prompted the shocking police reaction could not immediately be ascertained, government has fingered a tout for the incident, also indirectly admitting police were wrong in choking the passengers.

Seven officers involved in the incident and the bus crew have since been arrested, according to the Information Ministry.

“Government has been made aware of an incident at Harare Showgrounds where a team of seven officers have been arrested for deploying tear smoke in an occupied bus.

“They will face charges,” reads a statement by the Ministry of Information.

“The crew of the bus has also been arrested as the bus in question was being driven by a tout.”

Eyewitnesses blasted the officers for being inconsiderate and overzealous, asking whether they had failed to find a more humane solution to whatever challenge they had been faced with.

“These are the police officers who are supposed to protect us yet they throw teargas inside a bus with elderly women.

“You have hurt people, you will kill people, what is wrong with you people,” one of the eyewitnesses said.

“What is this you are doing? It is disgusting, what if there are babies in there?”

Crisis in Zimbabwe director Blessing Vava told NewZimbabwe.com the incident vindicates claims that Zimbabwe’s police force was the biggest violator of human rights in the country.

“It is sad to see incidents like these happening, the police in Zimbabwe have become the biggest perpetrators of human rights violations, instead of providing security to citizens and maintaining law and order, they have turned into a rogue police force reminiscent of Stalin’s Russia,” said Vava.

A recent Zimbabwe Peace Project report indicates police and the army have been top of list of human rights perpetrators in the past two years. 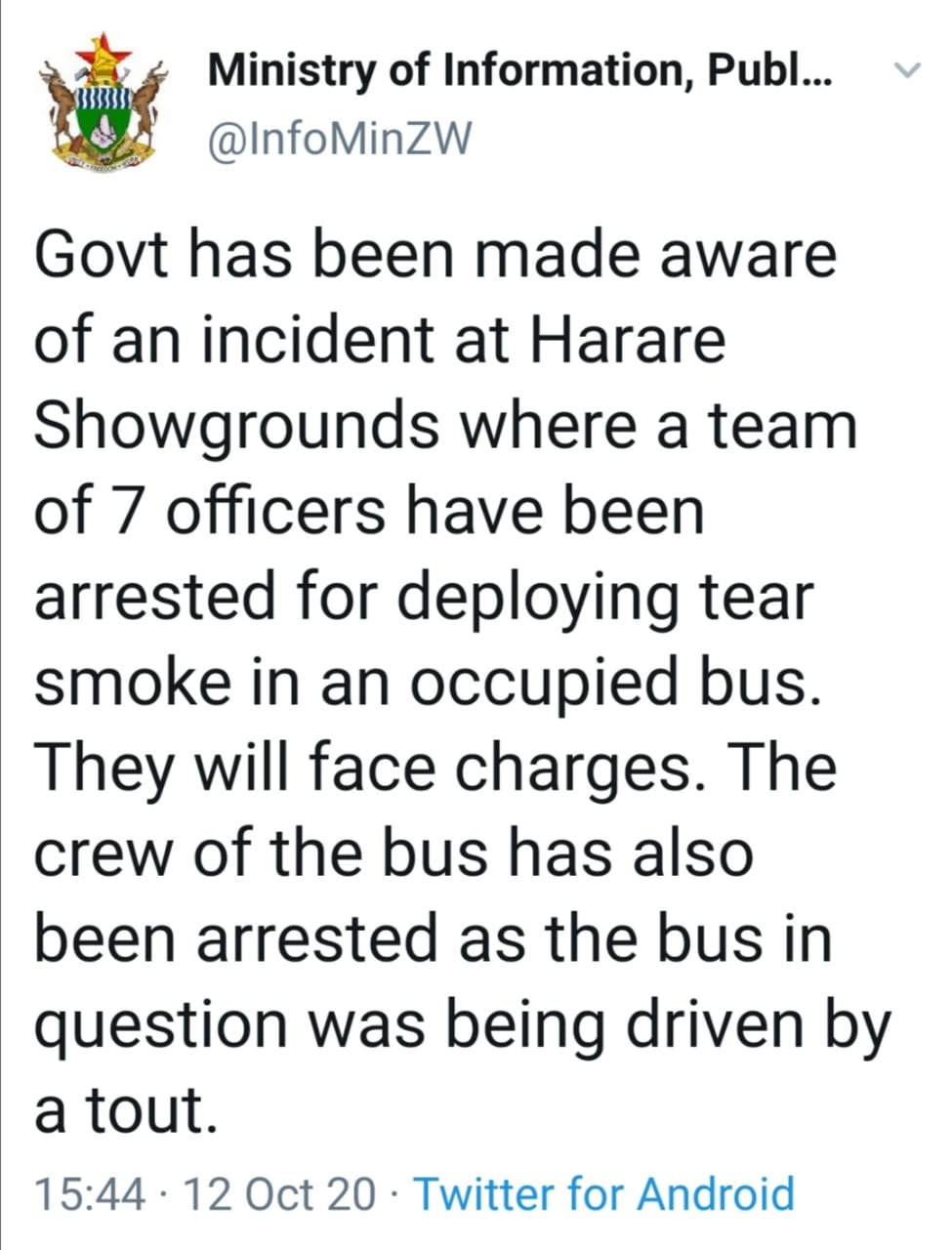 Zimbabwe Police fires tear gas inside the bus full of passengers in Harare. Citizens are left suffocating. They can't breathe!