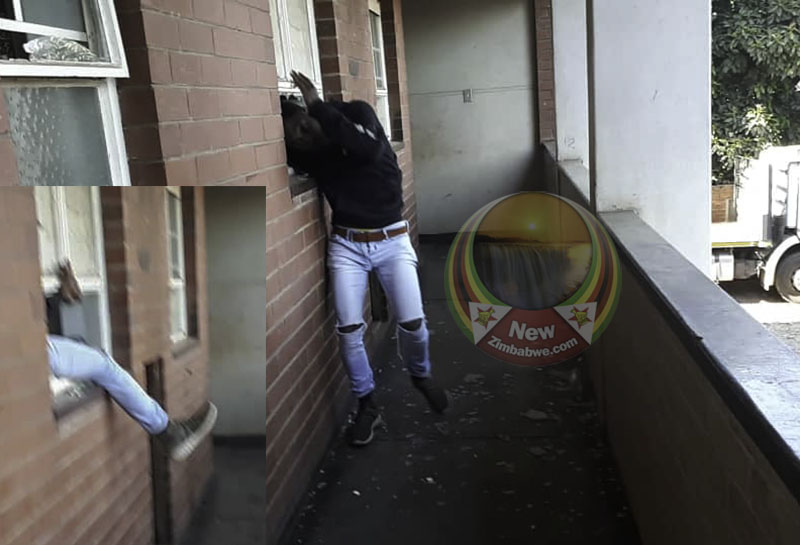 HARARE: There was drama in the capital’s famed red-light district Sunday morning when sex workers locked up a client who had failed to pay for sex forcing the young man to crash through a window in a bid to escape.

Witnesses claimed that the man spent the night with three commercial sex workers at an apartment in the Avenues area and all hell broke loose in the morning when he couldn’t pay for the tryst.

A scuffle ensued with the hookers reportedly locking him up in the room demanding their dues.

Neighbours were roused from their sleep by shouts from the young man, pleading for help.

“Huyai mundibatsirewo vanhu wee, vasikana ava vandivharira!! (Please help me. I am locked up by these women),” the man pleaded.

The defiant ladies refused to budge, saying they would not let him out until they were paid.

“Haaende kana asina kubhadhara (He will not go anywhere until he pays us what we agreed),” one of the women shouted.

However, the man jumped onto the kitchen table and crashed through the window, going straight to report the matter to the police.

He later told NewZimbabwe.com that the women had confiscated his mobile phone.

“I paid them, but they keep on demanding more money. They have taken my cell phone,” he said refusing to say his name.

Five cops later arrived and questioned the women, before leaving for the police station with three of the ladies.

WATCH video below (Please note that the language is too graphic for young viewers);