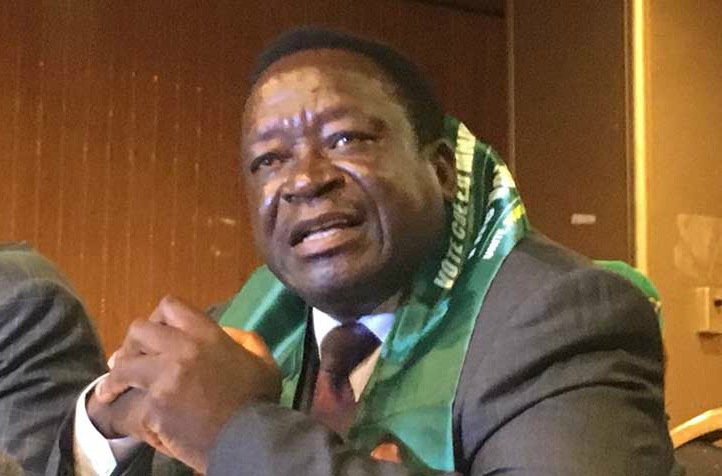 MDC leader Nelson Chamisa is a “good boy” who must be guided by his much older colleagues within the main opposition to direct his abundant energy towards building the country.

This was said by war veterans secretary general Victor Matemadanda in an exclusive interview with NewZimbabwe.com Tuesday.

“The young man is too green. A lot of talent, a lot of energy but misdirecting his energies. That’s the problem with him,” Matemadanda said of the 41-year-old politician.

“He is very charismatic and he has got a lot of energy and after this (30 July election), I phoned him and said ‘young man, let’s meet and talk’ but he doesn’t keep appointments.”

Matemadanda, who is also defence and war veterans deputy minister, said Chamisa must learn from his predecessor, the late Morgan Tsvangirai whom he said put the country first through agreeing to work with former President Robert Mugabe under the now defunct unity government.

“But he had a nationalist’s heart. He accepted to work with a dictator Mugabe and contributed positively to the development of the country and these are the kind of people of maturity that we want.

“This is the kind of leadership that we want; to say ‘yes I have been incarcerated, I have been beaten and this has happened on me, but for the people of Zimbabwe’.”

Matemadanda said more “mature” leaders within MDC were letting Chamisa down by allegedly not giving him proper guidance.

“You have older and mature people who are in MDC but they do not want to advise the young man,” he said.

“It’s not that he is a bad guy but he is not getting proper advice. I know he is going to criticise me for saying this.”

The Zanu PF loyalist said he has advised Chamisa before not to talk too much as this was not good for his reputation.

“With the energy he has displayed, if he was running around supporting national development, Zimbabwe could be somewhere economically.

“But he is misdirecting his energy…I also advised him that he must not talk too much. It doesn’t help him but his cheering supporters.

“I have always considered him as a young brother and he respects me if we meet one on one but he changes the moment he is in front of his supporters.

Matemadanda, whose war veterans association has been pushing for the raising of the presidential age entry point to 52 years, said Chamisa had a good start to his tenure as MDC leader but was being fooled by his over two million people who voted for him in the last election.

“He had shown being quite good starting with 2.2 million voting for MDC. So he needs the right and older people to guide him.

“But at the end also, there is no benefit in talking to him if he doesn’t recognise our Mnangagwa as President of Zimbabwe, not as Zanu PF because he is a product of democratic, orderly and peacefully elections.”