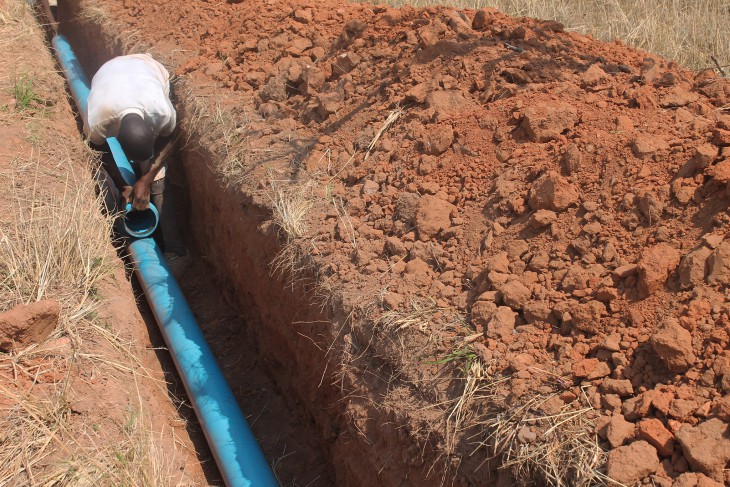 Director Taurai Maurukira said it was important that Zinwa cleans up sands which are fast reducing the country’s water reservoirs’ capacity.

“The authority aims to rehabilitate 266 dams which were breached in the 2016 and 2017 rainfall season through the Cyclone Dineo induced floods,” Maurukira said on Thursday.

“This will require a financial outlay of about $67 million. We also intend to desilt more than 400 dams. Some of the dams are completely filled up and there is no more capacity to allow for irrigation or any agricultural activity.”

According to the official, rehabilitation work is currently in progress at 41 dams under the department’s 100-day programme.

Finance director Ellen Chivaviro said the greatest challenge was the unwillingness of farmers to pay for used water.

“The main challenge comes on the issue of funding,” she said.

“After we have provided the water to the farmers, we find that there is an unwillingness on the part of the farmers to pay for that water that we would have actually provided to the extent that currently we are owed about $39 million by our farmers since 2009 despite the arrangements we had put in place.”

However, the payment issue has been contentious as some farmers feel they should not be charged for the untreated bulk water they use for irrigation.

The water regulatory authority argues it charges a minimal fee for management and development of the water canals.

“Zinwa is not charging for water but service provision, we are charging to recover the cost of maintaining the infrastructure,” said another official Albert Mare.

Company statistics show that the country receives 42 billion cubic litres of rainfall of which the country can only harness 26 percent.

Rain-fed agriculture is no longer sustainable because of persistent droughts, a situation which experts suggest calls for more irrigation infrastructure.