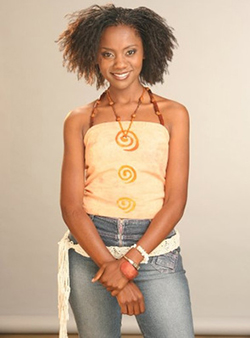 AFTER a successful premiere at the Harare International Festival of the Arts, the hilarious, witty and hard-punching Water Games opens this week at Reps theatre in Harare.
The play which has only been performed once to a full house at HIFA has managed to attract a lot of interest and has been brought back by public demand.
It will run at Reps theatre Upstairs this week on May 15 and 16 2015. All performances start at 7pm with a matinee show on Saturday May 16 at 2.30pm.
Water Games is an adaptation of Henrik Ibsen’s, ‘An Enemy of the People’ by the award-winning local playwright, Christopher Mlalazi and directed by a German director, Jens Vilela Neumann.
The play features a star-studded cast of Zimbabwean actors including Michael Kudakwashe popularly known as Michael K, a versatile theatre, film and TV actor and an acclaimed comedian, a multi-talented artist who has successfully built a brand for herself as a musician, actress, radio and TV hostess, Kudzai Sevenzo and the Nama award nominee for Best Actor in 2014, Tichaona Mutore.
Cornelius Muponda adds to the flavor with some exciting music.
Water Games is an interrogation of the perennial drinking water challenges plaguing most communities on the continent.
It is not only the dirty water coming from the taps, beyond is another world where its ‘dog eat dog.’
The comical tone of the play combined with live music and video projections leaves the audience in stitches.
The play is supported by Aktion Afrika in partnership with the German Embassy Harare, Zimbabwe German Society, Hivos, Norwegian Embassy and Xpressive Arts.
After the run at Reps theatre, the play will be showcased at other local festivals before making its regional and international tour. Advertisement