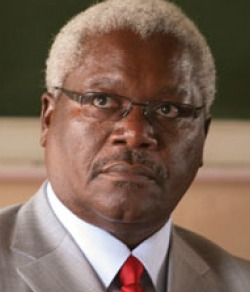 IN my piece entitled -It May Be Free, But Someone Pays For It – I presented an opinion from the Academic Foundation book, where Barun Mitra, Kendra Okonski and Mohit Satyanand argue that ‘cheap’ water results in less investment in water infrastructure. There was an outcry including from MDC members and supporters, some of whom characterized my argument as not only neo-liberal but also defeating the social democratic cause. The debate on the ‘morality’ of pre-paid water meters is still raging like wild fire.
One can understand the reflex reaction of my fellow social democrats. Water is life and hence those looking for evidence of life in Mars do so by looking for water. It is also a constitutional human right. Section 77 of our new Zimbabwe Constitution says:
“Every person has the right to-
(a)safe, clean and portable water; and
(b) sufficient food;
and the State must take reasonable legislative and other measures, within the limits of the resources available to it, to achieve the progressive realisation of this right.”
During the constitution-making process, our teams haggled on enforceability of this right, given the ‘disability’ to provide water by most local authorities and government itself. In fact, one of the greatest failures of MDC-T controlled councils has been in water delivery. In Harare, there are low density areas such as Greendale, Mt Pleasant, Borrowdale and Glen Lorne which have gone for decades without council water.
The MDC-controlled Bulawayo City Council, under former Mayor Japhet Ndabeni Ncube and an equally supportive Bulawayo community, did its best to mitigate the effects of ‘water induced de-industrialisation’, threatened by the Dr. Ignatius Chombo-controlled local government ministry, which did all it could to impose the dysfunctional ZINWA, a decision which had to be reversed when met with stiff resistance. Nonetheless, Harare-based companies began pulling out of Bulawayo for more reasons than water, thus depriving the city of vital rates and other income.
Zanu PF was so desperate for votes in July 2013, so much that the Babylonian Decree by the clueless Dr. Chombo ordered all councils to cancel debts – totally crippling the capacity of urban authorities to supply water. Even more importantly, many residents now refuse or duck and dive in the payment of water bills openly saying there is no point in paying when these bills will be cancelled before the next elections.Advertisement