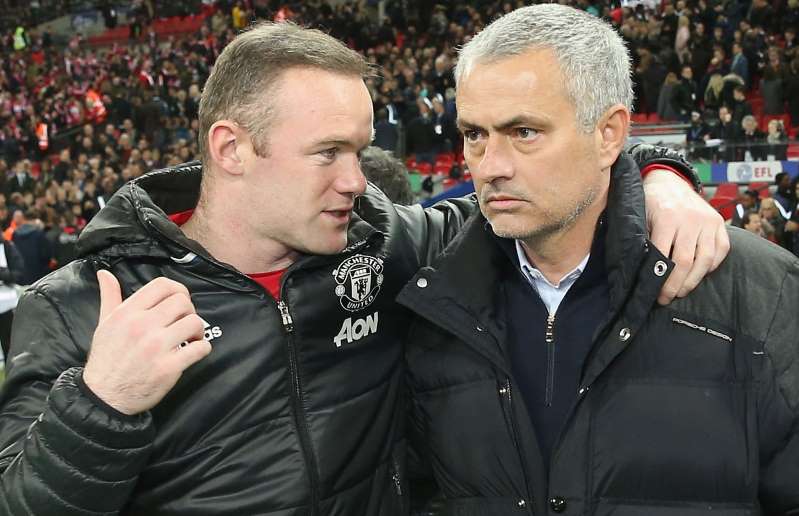 Wayne Rooney says the reason Jose Mourinho did not keep the Manchester United stars onside was because of his poor man management skills.

The Red Devils’ all-time top scorer played just one season under the Portuguese and revealed he was left surprised by Mourinho’s lack of communication with the players.

The 55-year-old was sensationally sacked on Tuesday and Rooney believes a better verbal relationship with his players could have helped.

“In my opinion, obviously being there for a year with him, he didn’t [keep players onside],” Rooney told BT Sport.

“And I think that was the one surprise I had, the communication with the players wasn’t as much as it could have been.

“And I think when you leave a player out of a game, sometimes, for a player, it gives a bit of freedom of the mind when the manager says I’m leaving you out for this reason or for that reason.

“But the players didn’t get that, and I think that’s the most difficult thing for a player to try and work out why you’re not playing.

“I think the big thing with Jose was the communication with the players, and I know the players weren’t happy with him.”

Rooney was then asked if Mourinho ever told him why he was dropped.

“Nothing in detail,” answered the Red Devils legend before explaining why he eventually left the club. “There was nothing like, ‘You’re not doing this, you’re not doing that’, so you’re not given something to go and work on and make yourself better at those certain things.

“I knew Zlatan (Ibrahimovic) was one of his big signings, Zlatan came in and was scoring goals, and I maybe wasn’t playing at the level I knew I could do so I knew that was the reason. And that was more or less what made my mind up to go and play elsewhere.”