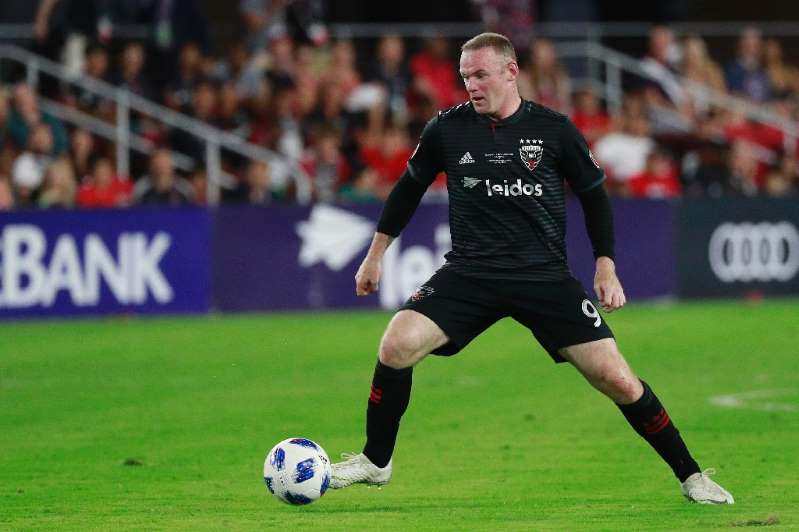 D.C. United’s first competitive occasion of preseason — and that’s a stretch, given the young opponent, mass substitutions and low-key nature — turned into something a bit more eventful than anticipated Saturday morning.

Captain Wayne Rooney was supposed to play 45 minutes but left after 18 because of a shin injury, later deemed minor by the English superstar and his mildly concerned coach.

Two days after he thought he was joining Paris Saint-Germain, Argentine playmaker Luciano Acosta accompanied the team to Joe DiMaggio Sports Complex but did not play — a moment of pause for a player who didn’t return from France until late Friday night.

Rooney, the centerpiece of United’s renaissance last season, was injured in the 10th minute on a sliding collision with the goalkeeper. He received treatment on the field and on the sideline, reentered the match four minutes later but then removed himself.

For the rest of the afternoon, he sat on the bench with his right leg elevated and his lower shin wrapped in ice.

“I’ve got a few of them before,” said Rooney, 33, the all-time leading scorer for Manchester United and the English national team. “It took longer than I thought to ease down, so no point in taking any chances. I’m not too concerned.”

anything. It will be a day or two, then he’ll be okay.”

Rooney’s departure illuminated United’s shortage of experienced strikers, a void the club is seeking to address before the March 3 season opener against defending champion Atlanta at Audi Field.

The replacement here was Shinya Kadono, a third-round draft pick from California-Berkeley, who scored from the top of the penalty area in the 57th minute and ended up logging the most minutes of anyone. Olsen split the halves between two units, but because of Rooney’s early setback, Kadono bridged intermission.

Kadono, who played on the right wing in the second half, is seeking to earn a contract with the first team or with Loudoun United, the organization’s second-division start-up that will launch in March. Loudoun Coach Richie Williams, who is beginning to build his roster, was in attendance for the match against a Philadelphia-run squad testing several current academy players.

The other newcomer to show well was Akeem Ward, a first-round pick from Vienna, Va., and Creighton University, who signed an MLS contract this week. He was the only novice in the first-half lineup, starting at left back in place of Joseph Mora (Costa Rican national team duty).

After a nervous start, Ward asserted himself and bolstered the attack with confident runs and smart crosses.

Olsen got his attention during an early stoppage.

“It took Ben getting into me for me to wake up and get forward and create space,” Ward said. “He said, ‘Get over here.’ I’m like, ‘Coach, I’ll do what you need me to do here.’ ”

When United is at full strength, Ward will not start. But he could provide valuable cover at left and right back, if he is not on assignment at Loudoun United.

“He was a real bright spot in the first half,” Olsen said. “Now he needs to understand what we need out of him to become a little more dangerous.”

From the sideline, Acosta watched. Olsen said Acosta asked to play, but he decided not to use him because he had missed two training sessions while pursuing a possible transfer to Paris Saint-Germain. He didn’t return to the team hotel until about 12 hours before Saturday’s kickoff, which was at 11 a.m.

“Plus,” Olsen said, “some of the emotional baggage.”

During Saturday’s friendly, Acosta ran sprints and working on his conditioning. At one point, while Acosta sat on the bench, Rooney put his arm over the Argentine’s shoulder.

Through a team spokesman, Acosta said he did not want to comment at this time about the French saga.