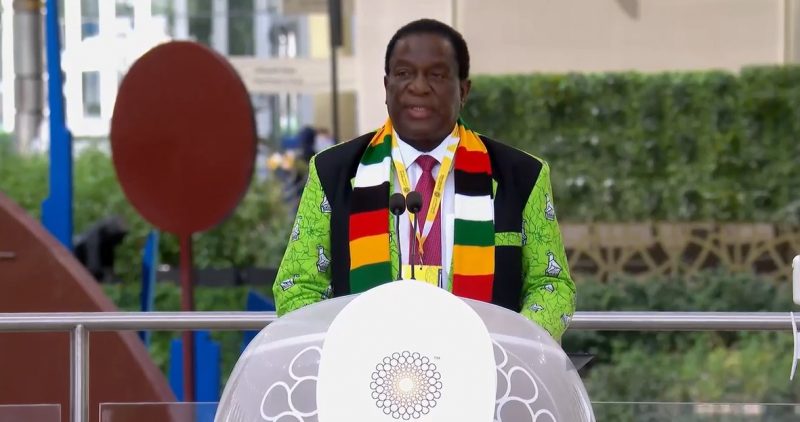 PRESIDENT Emmerson Mnangagwa on Monday took his ‘Zimbabwe is Open For Business’ mantra to Dubai where he told delegates the country has a zero tolerance to corruption.

He was speaking at this year’s World Expo on Zimbabwe national day.

Clad in his trademark Zimbabwe flag scarf and national fabric jacket Mnangagwa took to the The Stage of Nations at the Al Wasl complex to sell Zimbabwe as an ideal investment destination.

“Zimbabwe’s skills and human capital base, central and strategic location in Southern Africa coupled with political stability, peace and security constitute some of the major attributes that make our country an attractive investment destination for global capital,” Mnangagwa said.

“Over and above this we are unwavering in entrenching the values of hard and honest work, transparency, accountability and zero tolerance to corruption.”

“Zimbabwe looks forward to drawing from the world renowned UAE and other countries’ ICTs to modernise and leapfrog our industrialisation.” 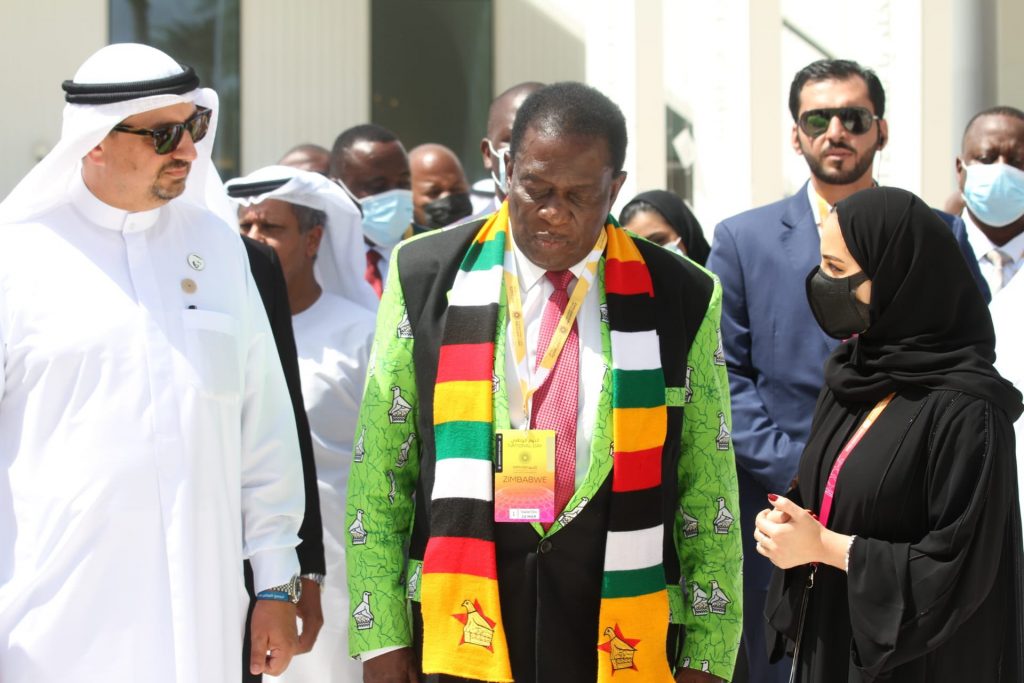 His remarks are however, in contradiction to Transparency International’s (TI) 159 out of 180 ranking of Zimbabwe on the Corruption Perception Index.

Despite having the Zimbabwe Anti-Corruption Commission (ZACC) and his own Special Anti-Corruption Unit (SACU) that reports directly to his office, Mnangagwa has not managed to lower risks of corruption or convict half of the people both SACU and ZACC have arrested since his ascent to presidency.

After dethroning late President Robert Mugabe in a coup 2017, Mnangagwa declared Zimbabwe open for business, got invited to the world’s top business conferences and preached re-engagement.

All the ‘hard work’ has however, failed to develop the country’s economy or uplift lives of most ordinary people, some of whom now argue Mugabe was better. 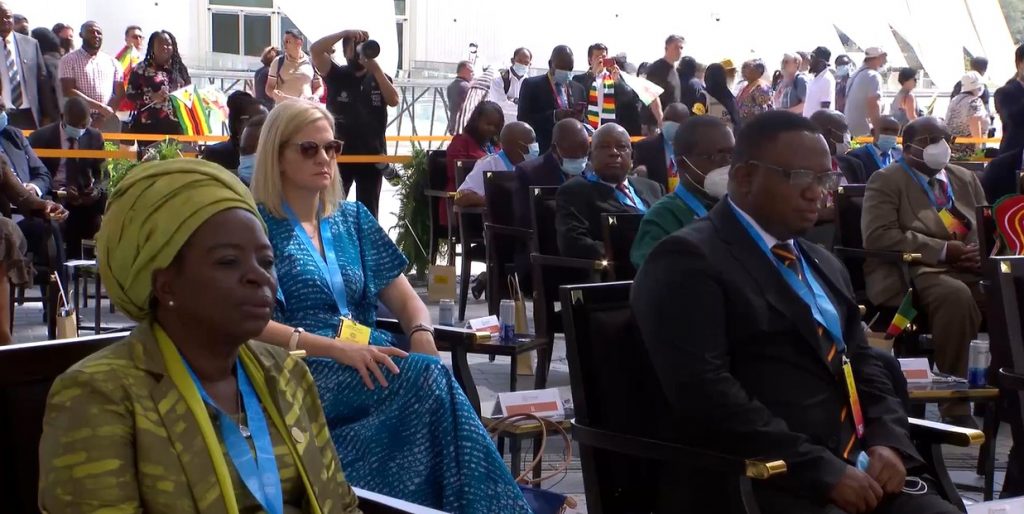 The Dubai Expo started last year and set aside a day for each of the 192 countries showcasing.

Zimbabwe’s day was highlighted by a Songs of Queen Lozikeyi performance, touring of the Zimbabwe pavilion and super star Jah Prayzah’s own appearance and stage time.