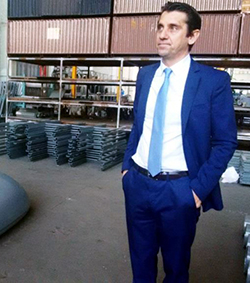 MUTARE: Local car assembler, Quest Motors, has warned that it may be forced to shut down as the Reserve Bank of Zimbabwe’s (RBZ) policies have made it impossible to pay suppliers of vehicle kits in Japan and China.
The problem is threatening hundreds of jobs at the Mutare-based company which assembles Chinese models such as Foton, JMC, Chery Tiggo as well Mitsubishi from Japan.
Liquidity problems currently rocking the economy have forced the RBZ to impose strict restrictions as we all as priorities international payments.
Speaking during a Confederation of Zimbabwe Industries (CZI) meeting in the eastern border city last week, a Quest representatives said they were almost closing shop as the RBZ is refusing to approve their payments to their suppliers of kits.
“Can`t CZI convince the central bank to prioritise our operations because we are almost closing down,” said the representative while addressing CZI president Busisa Moyo.
Quest Motors operations manager, Karl Fernandez, said their operations have been adversely impacted by the country’s cash crisis.
“We have been facing serious problems with paying for kits for the last eight months.
“We can`t seem to get our allocation even though we are in category one yet new imported units seems to becoming in both cars and buses,” said Fernandez.
Appeals to government ministers over the issue have also been ignored.
“The situation is critical. We cannot even access money to pay for kits already in the plant. We cannot even get enough to pay for the spare parts,” Fernandez added.
The company’s managing director, Tarik Adam also highlighted the plight of their to the Parliamentary Portfolio Committee on Transport and Industry which is chaired by Zanu PF legislator Dexter Nduna.
“We have made payment long back but our suppliers are saying they have not received anything from the RBZ.
“They have refused to supply us (with kits) leaving us in a catch 22 situation,” said Adam told the committee when it toured the company recently.Advertisement