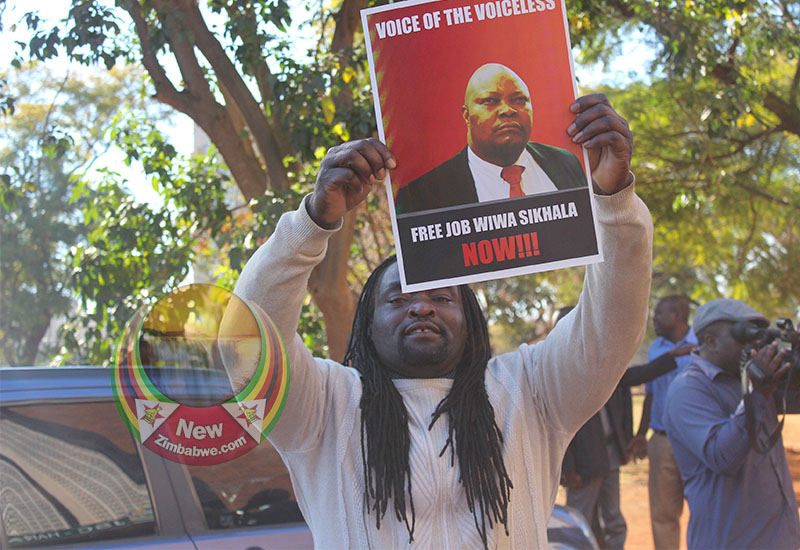 He challenged the church to rebuke Zanu PF’s oppression and ill-treatment of opposition activists, and prisoners in general.

Sikhala has been in prison for more than two months and repeatedly denied bail by both the Magistrate and High Courts.

In a letter seen by NewZimbabwe.com, the Zengeza West MP jerked clerics to stand up for justice and castigate the clampdown against dissent.

“Please be advised that we are living like rats here at Chikurubi Maximum Prison. It is no different from Adolf Hitler’s concentration camps. We really need your strong prayers,” he wrote.

“Our calling, as you understand is to fight for justice, defend the weak in society and standing up for the oppressed. There are other issues I want to understand from a spiritual point of view, which is your calling.

“I read in the books of 1 Kings and 12 Kings, God through his anointed prophets rebuking kings who abused his people after such kings have been intoxicated with power.

“At what point, should such rebuke be done by men and women God? Should men and women of God remain silent in the face of evil practiced by rulers, right in their faces? Can the voice of God be frightened into silence through threats of an evil ruler?” Sikhala asked.

“As you know the difficulties and vicissitudes we are going through, visited upon us after we stood in seeking justice for the abducted and brutally murdered Moreblessing Ali. We have got no regret whatsoever for standing up for the weak in society.”

Sikhala was arrested together with Member of Parliament (MP) Godfrey Sithole, and a dozen other CCC activists for inciting violence to avenge the death of slain activist.

He is also facing another charge of defeating the course of justice.