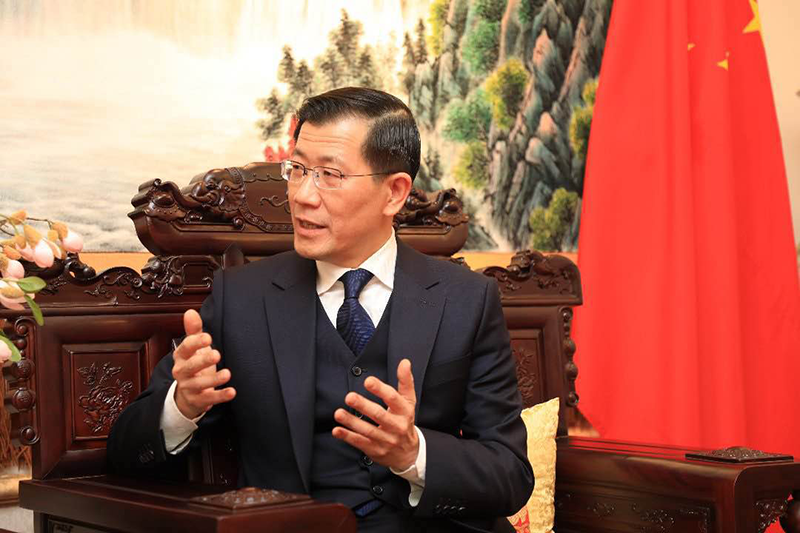 THE Chinese embassy in Zimbabwe has said it not a law enforcement agency and cannot, therefore, do anything about its nationals who accused of abusing locals, causing land degradation, evading tax or breaking other Zimbabwean laws.

Speaking to journalists Thursday, China’s ambassador to Zimbabwe Guo Shaochun defended Chinese businesses operating in the country, saying the fact they were still in operation meant their conduct was above board.

“I cannot acknowledge your assertions since all the business in Zimbabwe are being operated in line with Zimbabwean law,” he said.

“The Chinese Embassy is not a law-enforcement agency. We suggest the media to interview the Zimbabwean authorities to get the true and comprehensive information.

“All businesses, including those from China, must comply with the laws and regulations in the host country. Wrongdoers must be held accountable.

A number of Chinese owned businesses have had run-ins with local workers who accused them of abuse. One of Guo’s nationals went as far as shooting and injuring a worker last year.

In Mashonaland Central, Chinese companies stand accused haphazardly mining for quarry and leaving the land impossible to reuse after they leave.

Said the Chinese envoy; “Chinese companies have been investing in and growing with Zimbabwe for years.

Last year, government was forced to stop the operations of one Chinese company which had started work in the Mavhuradonha Wildlife, a national conservancy and candidate World Heritage Site.

Some of the companies have also been accused of not banking large sums of money as per law and avoiding taxes.

Guo suggested government should set up a team to monitor the conduct of businesses instead, as some of the claims being shared were not factual.

He added: “We support Zimbabwe in strengthening its regulatory framework and law enforcement. We call for a compliance monitoring team composed of government officials, local councillors, and community representatives to be set up in foreign-invested companies.

“If anyone finds the possible wrongdoings of Chinese companies in Zimbabwe, he or she is welcome to file official complaints to the relevant Zimbabwean authorities, but we suggest such complaints consist of necessary basic elements such as who, when, what and where.”