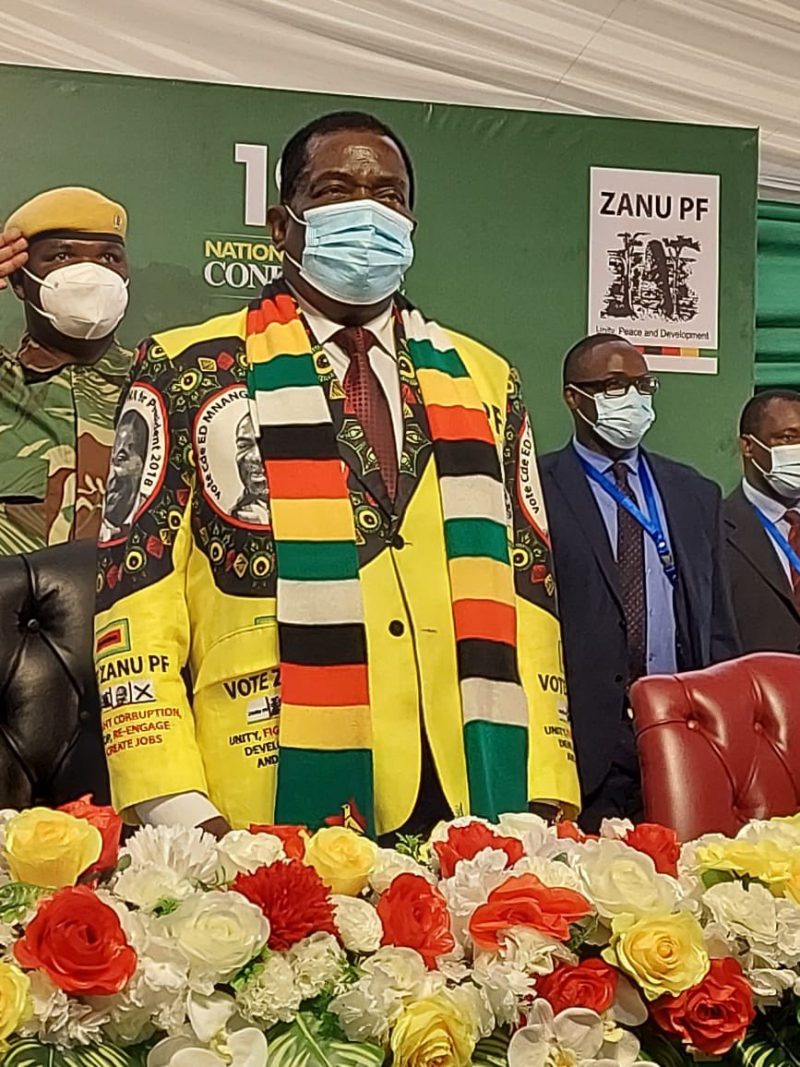 PRESIDENT Emmerson Mnangagwa says the Zanu PF administration is ready to engage in “direct structured dialogue” with the United Kingdom and the United States to break the impasse on sanctions imposed on Zimbabwe.

The sanctions were imposed against the Zanu PF government by the West some 20 years ago.

He said this Friday while was addressing party supporters at the 19th  Annual National People’s conference currently underway at the Bindura University of Science Education.

“Zimbabwe is ready for a structured dialogue with the UK and US guided by our national interests,” Mnangagwa said.

His call comes after this week’s call by the United Nations special rapporteur Alena Douhan who said there was need for the removal of sanctions.

She said the sanctions had worsened the economic human rights situation in Zimbabwe.

Mnangagwa also praised the UN envoy for advocating for the lifting of the sanctions on Zimbabwean individuals and corporations.

“There was a narrative that was there was that were no sanctions in Zimbabwe. I am happy to say that we have been vindicated by the call made upon by the UN special rapporteur for the lifting of sanctions,” Mnangagwa said.

The government has been blaming sanctions for the country’s economic failures.

However, the US insists the sanctions are there to encourage individuals sanctioned to stop corruption and uphold human rights.

“The Zimbabwe sanctions programme aims to encourage those sanctioned individuals to stop facilitating corruption and start respecting fundamental rights and democratic aspirations,” the US Embassy in Harare said this week.

“The US government can lift sanctions once it determines sanctioned individuals have stopped undermining democracy, violating human rights, or facilitating corruption.”