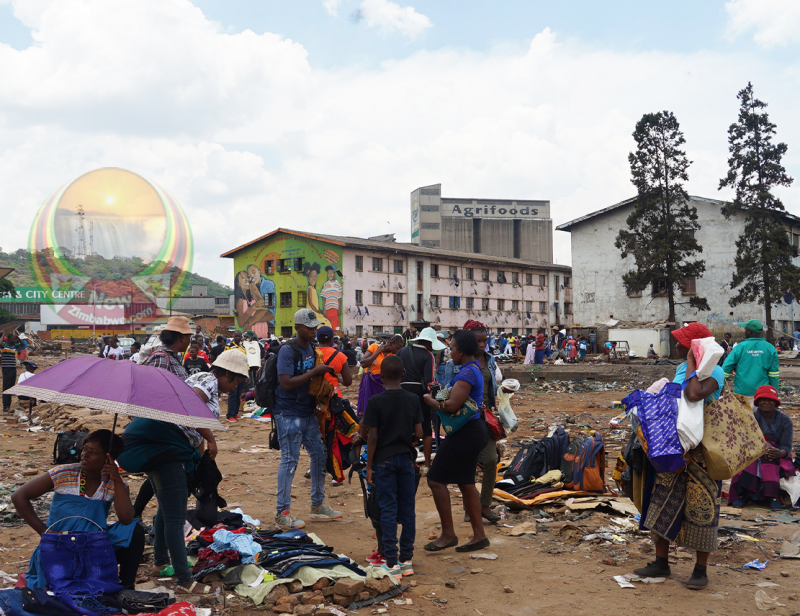 VENDORS operating at Mupedzanhamo Market in Mbare, Harare have expressed displeasure over ill-treatment by council and State authorities, who are daily harassing them for selling wares on streets.

The scores of illegal traders said they were suffering like foreigners, and treated like criminals, in their native country.

This comes at a time when their only source of income, Mupedzanhamo Market, was shut down almost a month ago following serious clashes between Zanu PF and Citizens’ Coalition for Change (CCC) over control of vending spots.

Police have since been deployed in the area to contain further violent clashes.

However, the Zimbabwe Republic Police (ZRP) officers are now being accused of violently attacking residents and vendors.

In an interview with NewZimbabwe.com Friday, affected vendors begged council to allow them to trade at the illegal sites, where they are willing to pay rentals.

“There are no jobs here in Zimbabwe, we are trying to work for our families, but police are chasing us every day. We are now foreigners in our own country, tasiyanei nevanhu vari kuSouth Africa isu tichiti tiri munyika
yedu?

“We are not interested in any of their political agendas, we are simply trying to survive, and we want to be free in our country, nyika ndeyedu, taamu xenophobia here munomu? Taneta nenhamo zvaakubhowa?” said one disgruntled vendor.

Mbare residents also accused police of throwing teargas inside their flats, chasing them with guns and they cannot report their grievances anywhere.

“We cannot even put food on the table, we do not know what to do or where to go. We cannot report the police because they tell us officers do not steal and after reporting you get arrested for that,” she added.