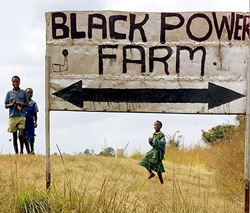 WE are very grateful for all the sacrifices made by gallant sons and daughters of this great house of Stones. Some left school at tender age of fifteen to join the war in Maputo, daughters were raped along the way and some never returned.  Tomb of the Unknown Soldier, we will forever cherish.
But Your Excellency, you and your fellow surviving liberation war fighters cannot continue to victimize the citizens just because you were once victims of Smith brutality, there has to be a limit. We are tired of hearing about colonialism yet we are not benefiting as citizens from the sacrifices made by Herbert Chitepo and others. Only you, and your cabal of greedy hyenas occupying high public offices, are milking our country dry. Nothing is left for the general populace.
To continue campaigning against colonialism after 36 years is like barking up a tree that has already been cut down. Between you and me, your excellency, it’s our secret, we don’t want the public to know that Singapore was once a British colony between 1819–1942 yet today they are one of the most developed countries on planet earth.
Yes, it is true that Singapore, from the yokes of colonialism, they currently have world class health facilities to cater even for foreign Heads of State, world class technology and un-paralleled industrial base. The world is moving on Mr President. Global economy doesn’t require scare mongering policies or reactionary attitudes that scare away potential investors.
A certain lucky female student can even testify that Hong Kong was also under British rule yet today they boast of being one of the world’s leading international financial centres. They did not close down British owned banks, they learnt from them and established theirs, and they didn’t grab British businesses, they established theirs using British systems to compete with them
Our land is not only our economy Mr President in fact it’s our God given heritage. Infrastructure is the backbone of a strong economy your Excellency. We do not destroy in order to rebuild. It was a foolish strategy. Every highway across Zimbabwe used to have agricultural hubs selling farming equipment from tractors to small ploughs, along those highways there used to be sprawling farmlands with greens everywhere and it’s no more. We all know why. And with it the economy is dead.Advertisement

Mr President if you really believe that our land and agriculture is our economy, why then did you destroy it? Yes the land was owned by White folks, all of it, but sir these were people with 100 years of farming experience now doing wonders in Zambia, Malawi and Mozambique. Mr President, you had a noble idea but you and your party mishandled it and we are all suffering as a result. Why didn’t you start by accepting that both white and black people are all Zimbabweans?
From that point you and your government or your controlled parliament could have easily passed laws that could have limited the number of hectares to be owned by an individual, black or white, say maximum size for wheat or cotton farm is 400 hectares and a person could have been asked to let go the remainder, failure to do so, the unwilling part would be charged by law.
Mr President that way we could have retained the skills of white farmers who in turn could have transmitted their skills to their new farming neighbours, black or white. That way, Your Excellency, imagine the amount of produce by 4 or 5 more farmers sharing Mr Smith’s farm in Centenary! Instead of farmer Brown admiring his vast lands, he could have been asked to surrender the idle land by law and not by Chinotimba. We could have been producing 10 times more by now, creating employment along the way, eradicating hatred and poverty.

Your Excellency, do you really know that the country is sitting on a time bomb? The youths you rendered jobless, uneducated and angry are a potential threat to national security. Like most African countries, you and your government have stolen the future of our young generation.
Dreams of glittering marriages are gone, dreams of owning a house are gone, dreams of starting a normal family are gone, and where does their future lie? Producing vending graduates in not how a country is run Mr President; its ultimate failure due to haphazard policies which did not consider future generations or our parents’ pensions.
Then information minister, Jonathan Moyo, introduced dancehall music to our “youths”, through 100% local content, he diverted them from seeing their future getting destroyed, they drink, dance and sing all night long, sexual orgies and drugs is the legacy left for the young generation. If, one day, they decide to take arms, who can blame them but then you, our liberators, won’t be here to witness the chaos you created.
Failure to pay soldiers has nothing to do with colonialism but mismanagement, failure to pay teachers and doctors has nothing to do with colonialism but the tax base is non-existent, companies closed and workers are wandering around. As government where do you expect to generate cash from?
Bond notes will never replace real money generated from exports or taxes, it’s just foolish and day light robbery. Best you fire clueless Finance Minister Chinamasa and hapless RBZ Governor John Mangudya. I am not an economist but on this one I know bond is not money so is everyone. It’s just an imagination of money from nowhere. Your Excellency, bond notes and Rotina Mavunga’s Chinhoyi rock diesel are one and the same thing. Your Ministers are lying to you.
All we are asking right now Mr President is: Please let us rescue our country, we are grateful for what you did for Zimbabwe especially education, we are capable of making Zimbabwe great again. Great Zimbabwe Ruins doesn’t mean ruining Zimbabwe, its means Zimbabwe is great. We are tired of living in foreign lands.
Elijah Mangwengwende is a concerned diasporan longing to return home and rebuild Zimbabwe.