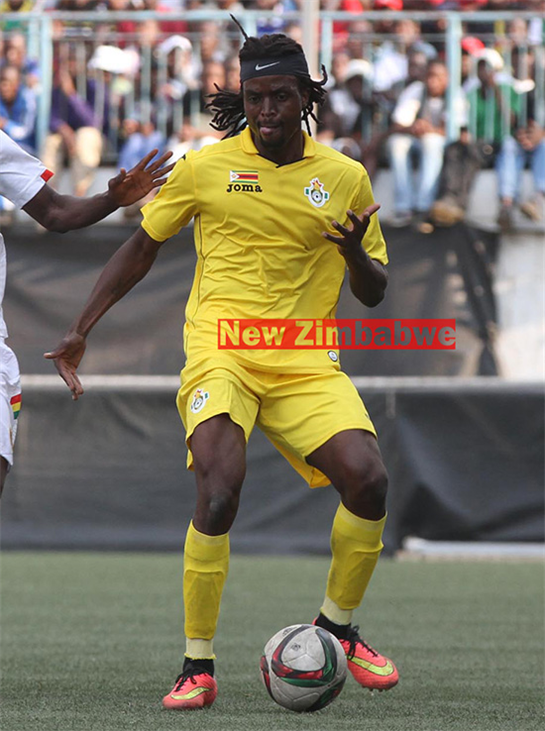 ZIMBABWE international defender Costa Nhamoinesu says the moment has come for the Warriors to end 10 years of waiting to qualify for the African Cup of Nations finals.
The Warriors will now play Malawi at the giant National Sports Stadium after coach Kalisto Pasuwa resisted attempts by Zifa to switch the match to Rufaro.
Psuwa argued that foreign based players were not used to the artificial turf at Rufaro which he said caused injuries.
Zimbabwe has not made it to African football’s greatest soccer showcase since 2006 when Charles Mhlauri qualified them to Egypt.
But the Czech Republic-based Nhamoinesu, who plays for Sparta Praha, said they must beat Malawi and qualify for the tournament to be held in Gabon.
“Well, this is a moment for us players to go there (Gabon). Everyone wants to go there so this is the time.
“We have to die a little bit. So it’s the time to put maximum effort in order to go there.”
The Zimbabwe defender said the Flames of Malawi were not coming to Harare to throw away points.
“We played them in the first leg and we won,” he said.
“So we know they are a team eager to win. They will not be coming here to throw away points. But obviously this is a different stage in our qualifiers.
“We will approach the game with caution so we can get maximum points. We have got respect for our opponents.”
Nhamoinesu also commended the performance by the team which won 2-0 against Uganda on Tuesday.
“Positive result; 2-0 so far so good.  This is a different team from the one that played against Swaziland. This shows we have got depth.
“If we manage to qualify for the Afcon that will be good for us because we need depth.”
Warriors coach Kalisto Pasuwa rested most of his regulars for Tuesday’s international friendly, fielding a largely second string side.
Only Khama Billiat, Kuda Mahachi and Onismo Bhasera were the regulars who were given a run as the coach focused on the bigger assignment on Sunday.
If the Warriors win against Malawi and Guinea fail to beat Swaziland, Pasuwa’s men will go through to African Nations Cup table.
They can also go through if they win against Malawi and then force a draw in their last match in Conakry in September regardless of the result between Guinea and Swaziland.Advertisement

The Warriors also stand a chance of progressing as the best runners up.