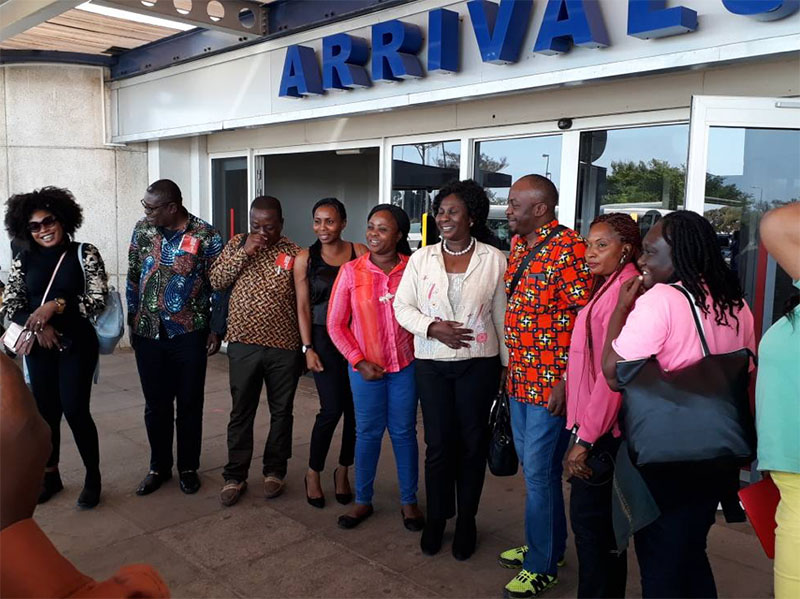 GHANAIAN tourism buyer’s delegation said Tuesday that they came to Zimbabwe due to cordial relations established between his country and Zimbabwe under former president Robert Mugabe.

The delegation is in the country to attend the Sanganai-Hlanganani World Tourism Expo.

Speaking to journalists soon after touching down at Robert Mugabe International Airport, deputy chief executive officer of the Ghana Tourism Authority, Ekow Sampson, said that they felt indebted to stand by Zimbabwe due to the historic ties.

Mugabe’s first wife, Sally, was Ghanaian. She died in 1992 from kidney failure.

“We are coming here to support the relationship we had with former president Robert Mugabe who was the brother-in-law to Ghana,” he said.

“When we look at the relationship he had with our former president, Kwame Nkrumah I am sure all of you are aware of why they kept together to emancipate Africa.

“We see Zimbabwe as one of the countries which championed the emancipation of Africa so when occasions like these come we are ready to come in support.

“This is a step towards African countries coming together to promote as one entity and if you are doing that we need to support each other in marketing tourism.”

Another member of the delegation, Nancy Sam who is the president of the Ghanaian Women in Tourism and also the Zimbabwean Tourism sector ambassador in West Africa said that there is need to tell the Zimbabwean story in a positive perspective.

“…. somebody must positively tell the story of Zimbabwe tourism in the western part of Africa. Most people in west Africa prefer to travel to Europe and the United States and they have to be encouraged to come down here to Southern Africa,” she said.

Sam added that the delegation’s main objective is to promote the country’s tourism sector.

The Zimbabwe Tourism Authority (ZTA) in collaboration with the tourism industry in Zimbabwe will be hosting the 11th edition of Sanganai/Hlanganani – World Tourism Expo in Bulawayo at the Zimbabwe International Exhibition Centre from 06 – 08 September 2018.

The expo is continuously growing with the last edition registering 29 foreign exhibitors, 281 local companies and having hosted more than 250 international buyers and media.

Projections indicate that the 2018 edition is expected to attract more exhibitors, buyers and media from across the globe.