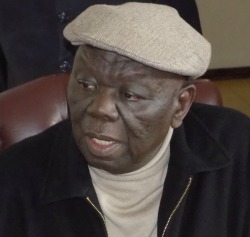 ETHNICITY in our current circumstances does not belong to the democratic society that we in the MDC and in the MDC Alliance want to build.
Ethnicity has been a cause of strife, conflict and divisions within the realm of the nationalist agenda and those that practise it cannot expect to run away from its dire consequences.
The only way out of ethnic politics is to abandon it totally. We need to embrace democracy; where coexistence is based on citizen rights.
It is impossible to deal with this phenomenon under tired nationalism. Among other evils, ethnicity breeds nepotism, regionalism, racism and xenophobia.
President Tsvangirai is a social democrat and does not believe that a country can thrive on ethnicity. As a social democrat, he believes in the rights of all citizens; a nation where governance entails provision of equal opportunities; a nation where every person regardless of gender, colour, race, ethnicity and creed is able to participate equally without prejudice.
Every citizen regardless of race, ethnicity, and gender has a right to access opportunities within the country. We do not believe that there should be glass ceilings based on race, gender and ethnicity.
Zimbabwe can be led by anyone – Ndebele, Shona, Karanga, Venda, Kalanga, Ndau, Tonga, Manyika , Nambya, or from any other tribe for that matter. This includes so called ‘aliens’ and whites who are citizens of this country.
Joshua Mqabuko Nkomo will always stand as a tower in this regard. He was and remains recognized as Father Zimbabwe in spite of the fact that he hailed from an ethnic minority. He transcended the narrow strictures of tribe to cast a truly national figure and to represent the interests of this country, not the parochial interests of his tribe. He will always remain a national inspiration.
Under a truly democratic order, we must trade social political ideas that bring us together as opposed to tribal issues that seek to divide us.
This is the future that we believe in and that we offer to build. It is not an utopian future. Indeed it is possible to live without ethnic bigotry and its negative and destructive consequences.
In the current context, we have noticed a situation where the country has been divided using ethnicity as a leadership philosophy. It is important to note that as social democrats and national leaders, we discard the urge to play the tribal card. We must instead build a future based on unity, progress and hope.Advertisement

We cannot accept that the country slide into the miserable depths of ethnic politics. The tragic consequence would be conflict and further deprivation of the country’s citizens.
Every citizen, in equal measure and regardless of their gender, tribe or ethnicity, requires education, a job, health, personal security and food on the table. That must be our focus as a nation and as national leaders.
In the same vein, we cannot accept a situation where the country is subject of dynastic rule and tribal hegemony, which can only deprive other citizens of their rights. We have condemned Mugabe and his tired nationalism.
We will condemn him for using the ethnic card to propel his wife, or anyone else for that matter, to succeed him in national leadership based solely on selfishness and on tribal grounds.
It is in this context that at the launch of the MDC Alliance in Bulawayo, President Tsvangirai bemoaned the current political discourse where we now hear about the ‘Zezuru unconquerables, the Karanga Invincibles, Ndebele hegemony and so forth. This for us means using ethnicity as a basis for dominating others and depriving them of their right to equal opportunity.
It is on this basis that Mugabe has refused to resolve the national question, preferring instead to blackmail the nation while masterfully playing the ethnic card.
Zimbabwe—and indeed other Afrian countries—have suffered because of this needless evocation of ethnicity, which in our case led to the Gukurahundi genocide in the 1980s.
That genocide will always remain a grim national story; a scar on the conscience of Mugabe’s government, that is if they have any conscience at all.
It is President Tsvangirai’s unstinting belief that it would be regrettable in this digital age for this nation to sink into the plumbing depths of ethnicity instead of building a prosperous nation underpinned by growth, unity and inclusivity.
The national challenge is to build to a nation and not to fragment the people of this great country on the basis of ethnicity or to twist President Tsvangirai’s comments in Bulawayo in a doomed and futile attempt to project him as a tribalist.
We will not lose focus on what needs to be done.
We have a nation to build.