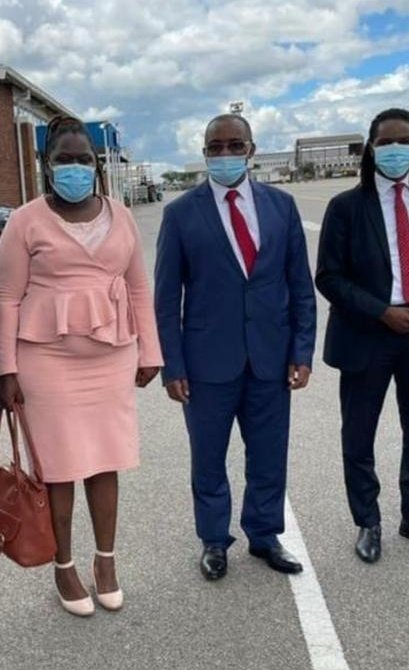 OPPOSITION leaders who attended the launch of the second Covid-19 vaccination programme in the resort city of Victoria Falls Wednesday, have dismissed as false reports they each received US$US2 500 from the government.

Instead they claim, the government only provided them with fuel coupons, air travel, for some, and accommodation during their stay at the world-class resort.

In separate interviews with NewZimbabwe.com, the political leaders from fringe political parties said it was untrue they received US$2 500 each while their aides got US$500 per person from the government.

Welcome Shumba, the president of the New Patriotic Front (NPF) urged Zimbabweans to instead get vaccinated against Covid-19 and shun spreading falsehoods.

“Yes, I was Victoria Falls to support the cause and I urge the nation to get vaccinated and leave out the allowance speculation and rumours,” he said.

“This is not true, we got fuel coupons as usual, which were calculated according to the distance where one was coming from. I can also confirm that Linda Masarira had no aide as being circulated,” he said.

Masarira is the president of Labour, Economists and African Democrats party (LEAD).

Mwonzora was accompanied to Victoria Falls by Glen View South MP Vincent Tsvangirai who doubles as the secretary for presidential affairs in the MDC-T.

Most losing presidential candidates in the 2018 election who fall under the Political Actors Dialogue (POLAD), including the newly elected MDC-T leader Douglas Mwonzora, were invited by the government to the launch where President Emmerson Mnangagwa also took his first dose for Covid-19.

However, the MDC Alliance led by Nelson Chamisa was barred from the event.