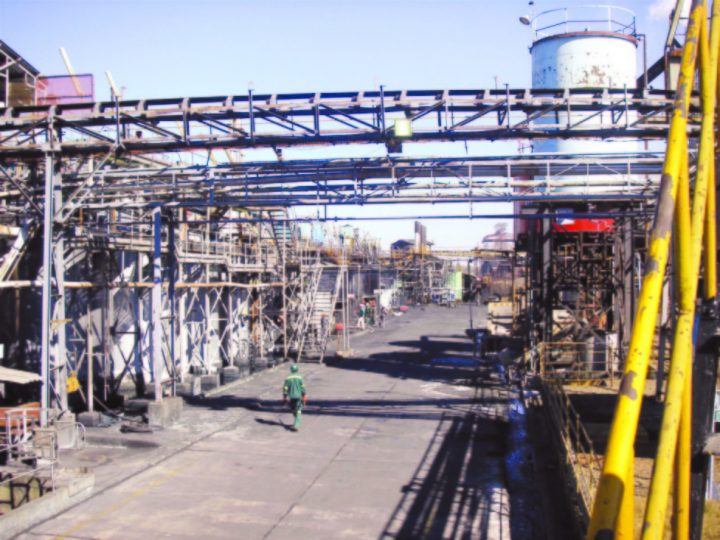 Through the Zimbabwe Diamond and Allied Minerals Workers Union (ZDAMWU), the workers argue that they cannot continue folding their hands while the mine continues experiencing challenges, which include non payment of salaries.

“Our members have reached a stage where they are initiating a process of applying for the placement of RioZim Limited and all its subsidiaries under corporate rescue in terms of Section 121 as read with Section 124 & 131 of the Insolvency Act Chapter 6.07.

“It has become very clear to the affected workers and other stakeholders’ including the union (ZDAMWU) that the organisation is in financial distress,” ZDAMWU General Secretary, Justice Chinhema said in a letter dated September 26, 2022 to RioZim Chairman, Saleem Beebeejaun.

The union noted that one of RioZim’s subsidiary Dalny Mine was closed.

“It is sad to note that Dalny Mine has closed and workers’ contracts terminated and nothing paid to them, we are also aware that more than 400 workers who were signing fixed contracts are being terminated in phases.

“It has further come to our attention that there is rampant casualisation of labour in your organisation,” Chinhema added.

The combative trade unionist, in his letter, indicated that it was shocking that a big corporation such as RioZim was failing to pay workers.

“Workers are employed to work and after working they expect to get paid their salaries in order to bring food to their families, pay school fees, medical bills for them and extended families, buy clothes and enjoy life of someone employed.

“We are totally surprised and disappointed by your organisation which we regard as one of the biggest employer and economic enabler in this country that it can subject its workers to the worst conditions like non-payment of wages when production is happening.

“The economic situation currently prevailing in our country requires that salaries and wages be paid promptly, when they are due and when they still have value,” he said.

Chinhema said RioZim was required by law to ensure workers live the life commensurate to the work they do.

“The conditions your organisation has subjected its employees is not expected from such an organisation like yours. Only fly by night organisations can do this to its workers and the worst part of it all is when we hear some managers are in the business of intimidating workers for asking their salaries.

“This is contrary to the provisions of Section 2A, 5 & 6 of the Labour Act Chapter 28.01 together with ILO Convention No.95 and Section 65 of the Constitution of Zimbabwe,” he said.

President Emmerson Mnangagwa commissioned a Biox plant at RioZim amid pomp and fanfare, and expectations were high the plant was going to turn around fortunes at the mine.

However, two years down the line workers find themselves in an unenviable position.

“Workers for two (2) years were made to understand that the Biox plant is going to be a game changer for everyone, months down after the commissioning of the Biox plant, things have gone from bad to worse.

“Lower level workers have lost employment and the community of Chakari where Dalny Mine was operating is now in darkness because Zesa switched off the whole community,” Chinhema said.

He said the situation in the RioZim group points to lack of strategic direction.

“Workers and other stakeholders shares the view that the poor performances of the group of companies are due to financial distress, gross undercapitalisation and lack of proper management.

“There is great variance on workers welfare and the extravagance on the part of the shareholders. To be honest Mr Chairman, we have lost confidence in the shareholders of the company and its management.

“Workers have been living in abject poverty and facing hardships under the watch of the current management who have failed to find lasting solutions in all problems that affects parties to an employment contract,” he said.

The workers have tabled their demands to the chairperson that the company must in the next seven days resolve, “All outstanding salaries be paid in full to everyone owed within the (7) seven days of receiving this letter.

“September salaries and all allowances be paid in full at once by the last day of September 2022. RioZim Limited through you Mr Chairman makes a pledge that going forward all salaries will be paid in full at the end of every month. No employee will be losing his/her employment because it is said workers are too many, instead the management team should see heads rolling.

“A financial re-capitalization to be made in all the entities so as to secure jobs of current workers,” said Chinhema.

Chinhema said failure by the company to meet the demands workers would be left with no choice but to place the company under corporate rescue.

“In the event that you fail to address the above within the stated time, or chose to ignore, we are under instructions to immediately start the process of corporate rescue which we believe is long overdue.

*As you may appreciate, corporate rescue is meant to resurrect failing entities like Rio Zim. In our view, we should not wait until another mine collapse, and jobs lost, but diligence requires that we act now,” he said.