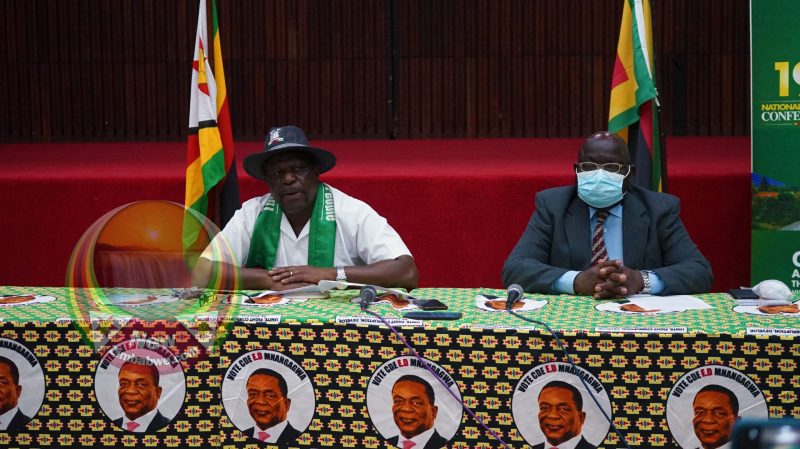 THE rampant rigging and violence that characterised Zanu PF’s provincial elections held on Tuesday has been admitted to at the party’s highest level, with national political commissar Mike Bimha saying the culprits will be disqualified.

Bimha said the politburo – its highest decision-making organ outside congress – will meet next week to deliberate on the concerns raised by some contestants and possibly annul victories earned by deception.

He also announced the preliminary results but said they were subject to verification by the politburo.

He admitted that the elections were marred by incidents of violence as some candidates were involved in fistfights.

The elections were heavily contested but reports of massive rigging were exposed in Harare, Mashonaland Central, and Manicaland and Mashonaland East provinces.

“There have been cases of violence. Reports of violent incidents were made and, in some cases, involving the candidates. We want these cases to be fully investigated and where we have candidates having been involved in violence, such candidates will be disqualified,” Bimha said.

“Furthermore, these candidates will be subjected to the party’s disciplinary procedure. So in terms of these preliminary results, it is not time to celebrate yet. Celebrations will be justified after the politburo’s deliberations,” he said.

“We are likely to have a politburo meeting this coming week which will look through the entire exercise, and after its deliberations, we will then confirm or otherwise give preliminary results. There are also preliminary in the sense that whenever you go through elections, there are others who feel aggrieved by the conduct of the elections, those who might feel that they have been treated unfairly and present their complaints. We do not throw away those complaints. We want those complaints to be considered, investigated and so that decisions are made on the basis of objectivity,” he added.

Bimha said his office was also waiting for reports from the teams that were supervising the elections in the various provinces.

Mashonaland West Provincial Affairs minister Mary Mliswa-Chikoka made history by becoming the first-ever female chairperson of the province after beating three other contestants, deputy minister of Information Kindness Paradza, who got 8 257 votes, Vengai Musengi who garnered 6 240 and former ZBC boss Happison Muchechetere, who got 346 votes. Mliswa-Chikoka got a staggering 16 931 votes.

In Harare, Godwills Masimirembwa retained the chairmanship and got 12 799 votes against Godwin Gomwe’s 9 429 votes.

Gomwe told Newzimbabwe.com that he had presented his complaints to the NPC and would wait for their deliberations and ruling on the outcome.

The result is however being disputed, with Kazembe being accused of employing several dirty tactics like violence, rigging and vote buying.

Larry Mavima was uncontested in Midlands province and was declared the new chairman.