FIREBRAND MDC official and lawyer Fadzayi Mahere has insisted on the overthrow of President Emmerson Mnangagwa before his term ends in 2023.

Writing on Twitter, Mahere said the opposition party was intent on “taking the fight to Mnangagwa’s doorstep”. 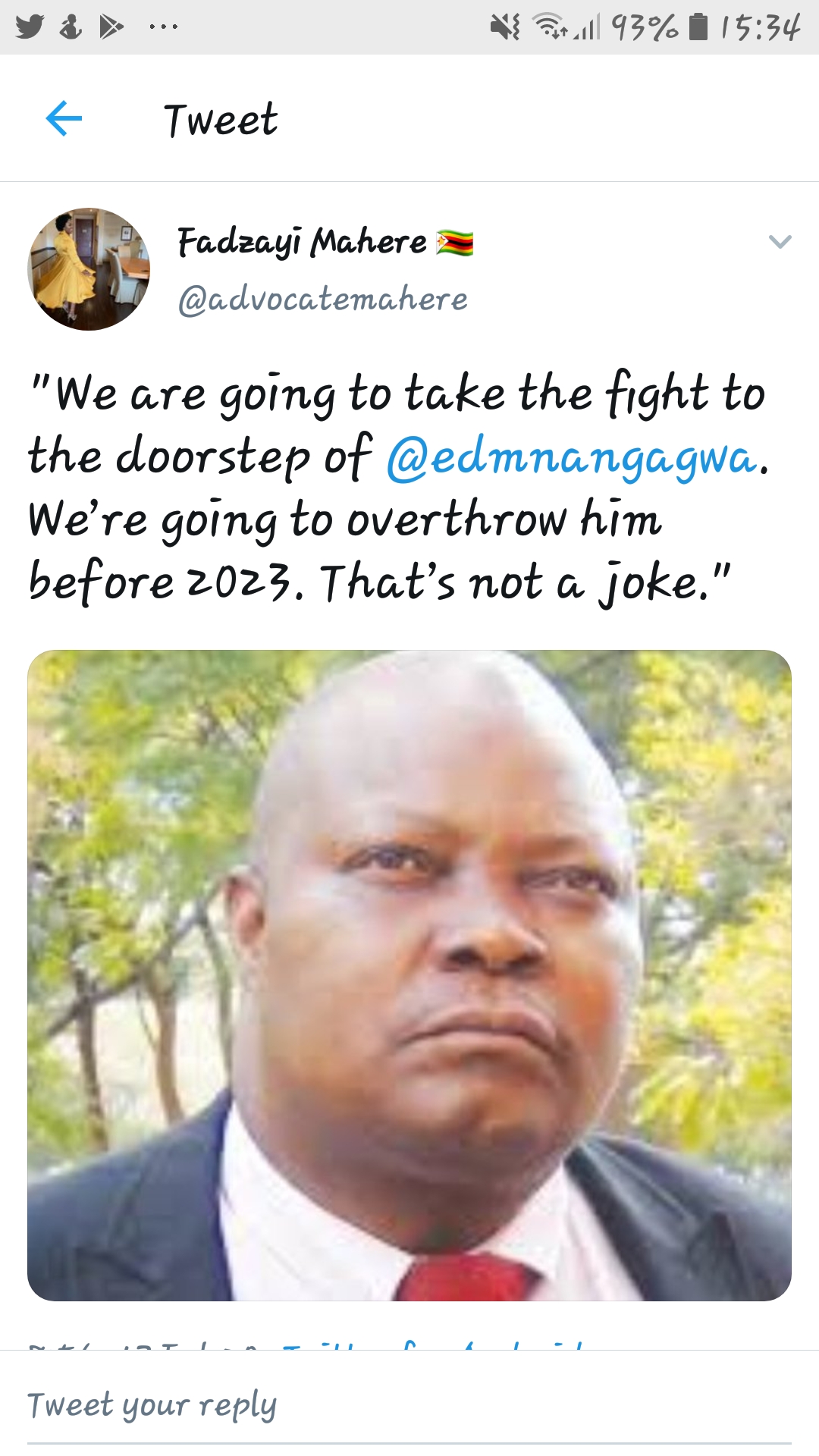 In a statement that would invite treason charges on any other day, the MDC secretary for education was apparently bolstered by the recent acquittal on party vice chairperson Job Sikhala by a Masvingo High Court judge after the top politician has said at a rally that MDC was going to overthrow Mnangagwa before 2023.