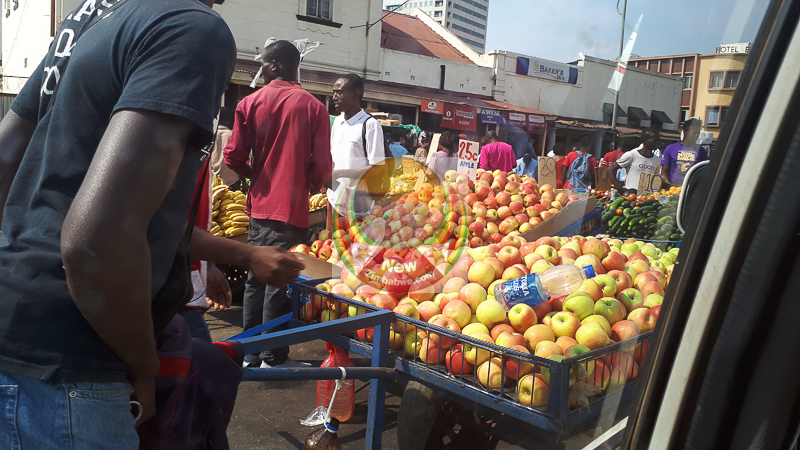 In one hand, he clutches a pension letter; with the other, he hold on firmly to his walking stick.

The frail Mahunde has travelled from Murehwa, about 100km from Harare, to collect the meagre amount of money, equivalent to $10 (£8).

To his dismay, the bank is closed.

He pleads with the security guard to withdraw enough cash for his bus fare, but the ATM has no money. Mahunde is turned away.

The 70-year old had no idea Zimbabwe has been plunged into a 21-day national lockdown to curb the spread of Covid 19. The country has eight confirmed cases, and one death. The popular television journalist Zororo Makamba died last week.

“No one in my village told me that the banks would be closed today. I don’t even know what to do. My family depends on that money for survival. If it is true that no one will be moving for 21 days, then my family will starve,” says Mahunde.

“It is going to be the longest 21 days ever. There is nothing at home,” Mahunde said.

He already has to take on work as a cobbler to pay for the daily medication he needs for hypertension. His pension doesn’t cover the cost.

“This pandemic has just come to worsen things for us here in Zimbabwe. We are already suffering, and being forced to stay indoors for that long will further depress us,” he says, walking away from the bank.

Across the street, Joyce Meki, 52, sits at her newspaper stall waiting for customers.

But there are none in sight. Most Zimbabweans have heeded government calls to stay at home.

“Food is my major problem, so that’s why I came to work. I have no choice. I thought it was better to come to work, maybe a few customers would buy newspapers. But there is no one here. I regret ever coming here today,” she says.

Meki usually earns $5 a week, but it is insufficient to meet her daily needs.

“I take care of my three grandchildren, who all look up to me. Now that they are home, they would need food all the time. It is going to be costly for me.”

While affluent Zimbabweans stocked their pantries with food last weekend in preparation for the lockdown, which began on Monday, poor people were unable to do so. With basics such as mielie-meal in short supply, many fear they may not survive.

Hilal Elver, the UN special rapporteur on the right to food, last year warned that Zimbabwe was on the verge of “manmade starvation”, with 60% of the population already facing hunger.

The World Food Programme (WFP) has warned that 7.7 million Zimbabweans – about half the population – will face food insecurity this year. The agency said it needs $111m to support people between March and August.

“WFP is determined to ensure that it continues to meet the urgent food and nutrition needs of almost 4 million people in Zimbabwe who depend on food assistance,” said WFP communications officer Claire Nevil.

Clutching a small shopping bag, Peter Banda, 62, from Tynwald in the west of the city, waits impatiently for a bus to take him home.

Banda has spent all he had on groceries that should sustain him for three weeks.

“I came to town to find food, I cannot just sit at home and watch my grandchildren starve. I cannot work for myself because I suffer from different ailments which require me to eat healthy. I know this is not enough to last me till the end of the lockdown, but I just hope that God will keep us during this time,” Banda said.

Zimbabwe’s president, Emmerson Mnangagwa, announced a 21-day national lockdown to curb the spread of the virus, which could devastate a nation already struggling to provide decent health facilities forits people. Borders have been closed and gatherings of more than 50 people banned, with people encouraged to stay at home.

The government maintains that the country is ready to deal with the virus. But last week hundreds of doctors and nurses who work in public hospitals went on strike over the lack of protective equipment.

Apart from the ill-equipped health facilities, cities like Harare have no running water. Acute water shortages sometimes last for months – even years – and have made regular handwashing nearly impossible.

In the poor suburb of Kuwadzana, residents crowd around communal wells, heightening fears that the virus will be spread by close contact. Social distancing remains an elusive goal.

“How can we wash our hands regularly when there is no running water? The 21-day lockdown will not achieve anything if our taps remain dry. This is what the government forgot to address when it proclaimed the lockdown,” says 19-year-old Macdonald Moyo.