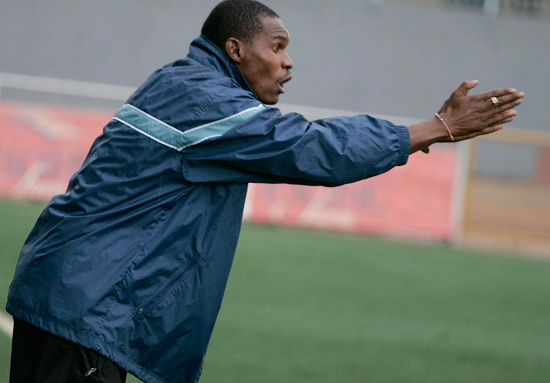 FC Platinum coach Norman Mapeza believes his side can still do much better despite a winning start to their 2015 Caf Confederation Cup against Sofapaka of Kenya on Sunday.
Platinum won 2-1 away and host the Kenyans on February 28 at Mandava aiming to set up a date with either Young Africans of Tanzania or Botswana Defence Forces in the next round.
New signing Brian Muzondiwa and veteran striker Donald Ngoma scored on either side of the half to secure the win.
Mapeza said: “The win was critical for us, but in terms of physical fitness we have not reached the levels I want, so I believe once we are there, we can do much better. For confidence, the win was good for us.
“We can definitely build on this going forward because it’s not over as yet. We soaked the pressure in the opening 15 minutes. I had told the boys that the opening 15 minutes were the most crucial and I was not surprised that they came at us right from the start.
“But from the start I had told Elvis (Moyo) that you stay behind because we don’t use that flank while I said to Walter (Musona) move up. And the second goal we scored came from the right flank. It was largely due to tactical discipline.
“We used one flank in the match and that worked for us; we got two goals away from home and that is a positive start.”
Mapeza opted for the younger players during the match, after dropping veterans Daniel Vheremu and Allen Gahadzikwa for the trip.
He further dropped the tried and tested Nelson Mazivisa and Zambian international defender Aaron Katebe from the final 18 in Kenya.
“It’s not about just giving everyone a chance to play, it’s about the game plan you want to use and how best you can get the best from the players you have.
“I have always been using young players. Remember during my time with the Warriors I played Knowledge Musona and Khama Billiat ahead of senior players and they did well, so we need to continue giving experience to these young players.
“The national Under 23 team will also benefit from these players getting more game time in Africa,” Mapeza said.
Kelvin and Elvis Moyo, Wisdom Mutasa, Tatenda Dzumbunu and Walter Musona all played against Sofapaka and are part of Kalisto Pasuwa’s Young Warriors squad for the African Championships and Olympic Games
programme.Advertisement

Then young turks were anchored by the experience of veterans Ngoma,
Thabani Kamusoko and new skipper Petros Mhari.