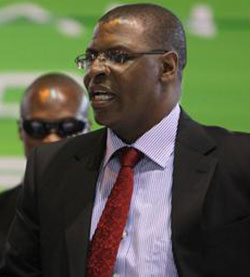 AS leader of a political party which is working tirelessly to win the confidence of the people of Zimbabwe, I have substantive interest in anxieties and expectations emanating from the litany of unfulfilled electoral promises made to citizens by the ruling party.
Political parties win elections because of promises they make to people, but more often than not, when a political party has been conditioned to misrepresentation, such promises become habitual. This is why this week I want to refer to so-called ‘mega deals’ that has become a buzzword around the recent visit by Chinese leader Xi Jinping to Zimbabwe.
For many years, as near as 2013, the ruling party has been promising Zimbabweans that their lives are about to be changed by the influx, or rather a flurry of business and trade agreements that the Zanu PF government signs with the Chinese. We have been fed on a diet of perpetual hope and expectation that each time the president and his political entourage ‘look East’, we should expect a deluge of money and equipment pouring into all manner of sectors. This is why citizens were promised two million jobs, excess electricity, all weather roads and clean portable water – thanks to electoral rhetoric – we are yet to experience the results.
Like you, I have nothing personal against Chinese leader Xi Jinping’s visit to Zimbabwe last week who was en route to the Forum for China-Africa Co-operation in Johannesburg. The manner of celebration by Zimbabwe’s government media would have made the least interested person suspicious. They have reason to. According to a September 2014 thesis entitled “Chinese Investments in Zimbabwe and Namibia: A Comparative Legal Analysis” by Clever Mapaure of the Centre for Chinese Study, University of Stellenbosch, done under  the “Phandulwazi nge China” program, Chinese investments in Namibia have also  “received negative reactions from both government officials and the general public.”
I have no doubt in my mind that Mugabe ‘signed’ something.  By the end of 2013, we were told that Chinese investment was already exceeding four billion United States dollars. By the time Xi Jinping left for South Africa last week, the Herald had listed ‘deals’ worth three billion United States dollars covering such investments as: cement factory in Mberengwa, Gwayi energy and water projects, Gwayi-Shangani dam, Kariba South power plant expansion, Hwange thermal plant expansion, NetOne infrastructure expansion, thermal station in Sibugwe, Binga, dualisation of our major export/imports roads, Alaska-Sherwood transmission line and a cement factory in Beitbridge. Had these deals a shade of realism, it would have triggered a stampede by the Diaspora back home to take up well-paying posts!Advertisement

Mapaure opined: “The trade volume between China and Zimbabwe in 2002 was $ 191 million. By 2010 the trade volume had reached $ 560 million with China’s investment covering agriculture, tourism and mining.” He then talks about exactly why we have to remain skeptical up these mega deals. First, there is nobody who has specific details on how much mineral endowment our country has. We know from the Chiadzwa debacle that Chinese company Anjin, with the complicity of Zimbabwe Defence Forces, plundered billions worth of diamonds without accounting for a cent in our national treasury. I was in government and we still struggled to pay civil servants.  Therefore, when we are told the President signed a deal, it is almost impossible to know how a poor family in Tongogara Village, Shurugwi, benefits.
Second, there is the danger of what we call ‘securitisation of resources’ says Mapaure: “In 2009 China paid S$ 3 billion for exclusive access to Zimbabwe’s extensive platinum rights, a contract estimated to be worth $ 40 billion (Smith, 2011).” If you consider that we export half a billion dollars’ worth of ‘raw’ tobacco to China every year, you can see why I am worried. We are exporting raw materials instead of products. China is interested in the extractive aspects of business, not manufacturing. Mortgaging our platinum to the Chinese who do not even hope to establish a smelting plant is economic suicide.
Of course, one may argue that such deals create employment, but questions abound: how much of it? What skills are transferred? What benefits in pensions, insurance, medical aid, taxes and education scholarships to dependants of employees? To what extent do these Chinese companies respect our labour laws? One local newspaper once wrote: “Anhui Foreign Economic Construction Company (AFECC) which is involved mainly in construction … In June 2010, construction workers at a Military College which AFECC was building, went on strike over low pay ($ 4 per day), alleging regular beatings by their managers.”
Since 2009, thousands of graduates have been offloaded into the streets and thousands of unskilled young people roam the streets or escape to South Africa, Botswana and Namibia. This dry season, more than two million villagers will require food aid, meaning, they have no disposable incomes to buy their own food despite Chinese mega deals.
Declaring big figures as a trading partner with China only widens the trade deficit, more goods imported and no export-based value addition. If China has four hundred million smokers, why are we exporting tobacco instead of cigarettes to China? For many years, Chinese companies have been ‘involved’ in power production at Hwange and Kariba, but Zimbabwe is going through the most pervasively savage power outages since independence.  Minister for Finance, Patrick Chinamasa, brags how “We already have more than 100 Chinese companies who have invested in Zimbabwe and there is a lot of interest in all sectors of the economy”. Interest that does not translate to jobs, disposable incomes, improved quality of life is merely… interest.
Do not misunderstand the tone of my opinion. Foreign Direct Investment is important for Zimbabwe. However, it must come with technology, skills transfer and innovation. It must create sustainable local jobs and use local resources for beneficiation.  If the Chinese invest four billion dollars in Zimbabwe, we want to see a dramatic improvement in the employment, infrastructure and energy situation. Chinese investment that brings labour and machinery only to remain entrenched in extractive psyche is a liability to our country.
Our experience with Anjin diamond mine is that it is only a few privileged elites with close Zanu PF ties that benefit from mega deals. The unemployed graduate in Lobengula West, Dangamvura and Chipinge will continue to wallow in his misery as long as such investments do not translate to enabling factors of production.