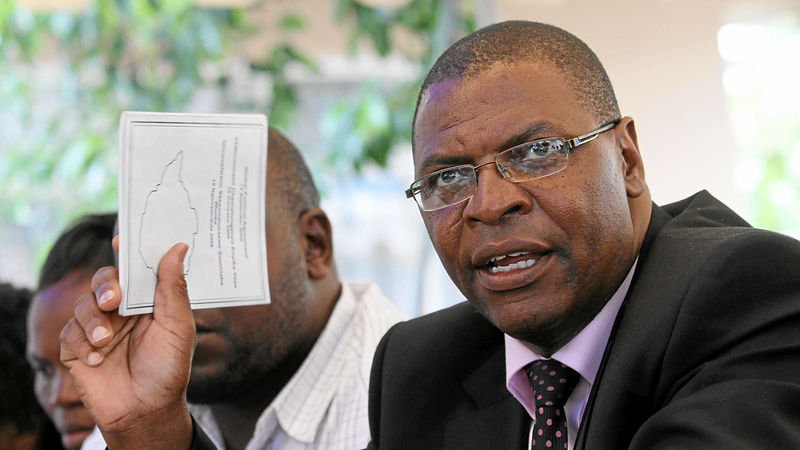 MDC President Welshman Ncube says their coalition partner, MDC-T, must deal with violence that threatens to destabilise the mainstream opposition party at a crucial time with elections months away.

The MDC-T, which is still mourning the passing on of its founding president Morgan Tsvangirai, is working on containing the fight that has broken out for the control of the party.

President Emmerson Mnangagwa recently announced that he will soon convene an all-party indaba in preparation for the plebiscite and has spoken out against electoral violence.

“The MDC unreservedly condemns the politically motivated violence and threats of violence which were directed at MDC-T Deputy President, Thokozani Khupe and some of her colleagues at the burial of the late Dr Morgan Richard Tsvangirai in Buhera on Tuesday 20th February 2018.

“Violence and threats of violence should have no place in our political discourse as it attacks the very foundations of our constitutional democratic freedoms and liberties, thereby negating the right of each individual to hold political opinions of their choice,” said Ncube in a statement Friday.

Ncube, who appeared to endorse Nelson Chamisa as the MDC-T president, despite the current power wrangles in the party, said the party must take a tough stance against violence.

Chamisa is also the interim MDC Alliance president after taking over from his late boss.

“The MDC notes the strong response so far taken by MDC-T Acting President, Advocate Nelson Chamisa, against the said acts of violence and commends him for condemning the violence and instituting a speedy investigation as well as undertaking to take strong measures and actions against those found to be guilty of these acts,” Ncube wrote.

“The MDC encourages the Acting President of the MDC-T to continuously show zero tolerance to violence and to consistently speak against it”.

Ncube also appealed to youths to rally behind Chamisa who is likely to be the MDC Alliance presidential candidate.

“The MDC appeals to all young Zimbabweans who have undoubtedly been re-energised, excited and motivated by the possibility of the Acting President of the MDC-T becoming the official Presidential candidate of the MDC Alliance in this year’s harmonised elections scheduled to be held anytime between 22 July and 22 August 2018, to shun violence and threats of violence and to seek to bring about change through hard work by organising, mobilising and motivating others to register as voters and to turn up to vote on election day,” said Ncube.

“This is the democratic way of delivering change and guaranteeing a generational change of leadership in the country so as to rebuild the country for the prosperity of all Zimbabweans”.