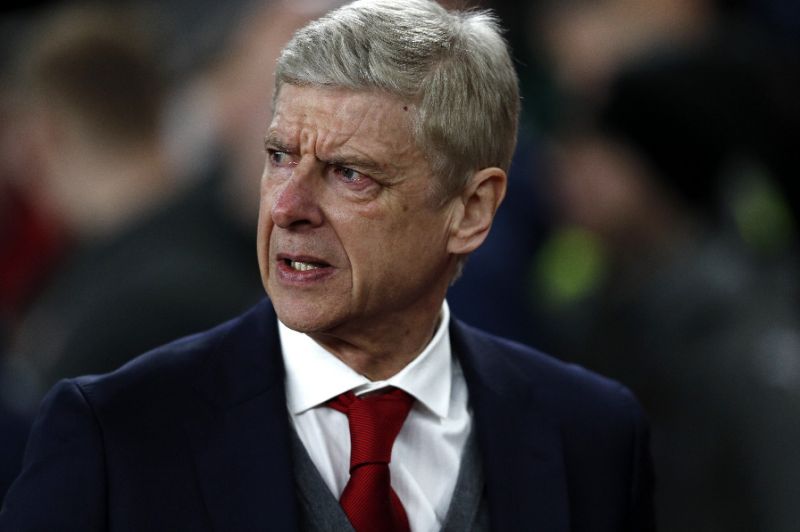 Arsene Wenger has admitted Arsenal’s exit from the Europa League will make it more difficult for his successor as Gunners’ manager to attract new recruits to the London club.

Arsenal are sert to miss out on the elite European Champions League for a second straight season following a 2-1 aggregate defeat by Atletico Madrid in the semifinals of the Europa League.

Had they won that competition, Arsenal would have qualified for the Champions League.

But following their loss in Spain and the fact they are sixth in the Premier League table – 14 points behind fourth-placed Tottenham Hotspur with just 15 available to Arsenal from their final three league games – it seems the Gunners will be excluded from the Champions League for the second successive season.

It is not the ending veteran French boss Wenger, who will stand down at the end of the season, wanted to his more than 21 years in charge of Arsenal and will hurt almost as much as failing to win a trophy this term.

“But I think we have enough quality inside the club and you always find one or two players who are happy to join the club.

“Honestly I don’t know how difficult it will be and I wish that the club will be successful in having a good transfer market.”

Wenger’s final home game in charge of Arsenal will be against Burnley on Sunday.

It is understood there will be post-match speeches lauding Wenger, with a guard of honour for the 68-year-old manager.

Quite how fans will react, however, is uncertain given many are happy to see him go as they believe the club have stagnated in the latter years of his Arsenal reign.

Wenger accepted his Arsenal “love story” was not ending as he would have wished.

“I feel sad because I love this club and what the club represents and you don’t leave 22 years of your life and just walk away easy,” he said.

“I have dealt with difficult situations in my life and I will do it again.

“I had some time to adjust to do that and get that idea into my head. It’s sad but all the love stories come to an end and they do not always finish well. Most of the time, they don’t finish well!”