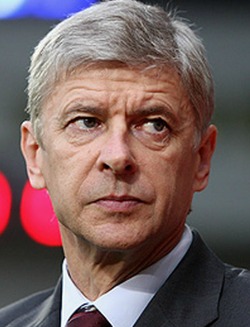 Arsenal manager Arsene Wenger refused to blame forward Alexis Sanchez’s performance for the goalless draw at relegation-threatened West Ham United on Wednesday, saying the entire team must improve after a lacklustre display.
The Chilean has been one of Arsenal’s most potent weapons in recent seasons but has scored just four Premier League goals this campaign, the latest in last month’s win over Huddersfield Town.
Arsenal’s form has mirrored Sanchez’s, with the north London side winless in their last three league games and slipping to seventh in the table after managing to keep just three of 22 shots on target at the London Stadium.
“He is (very ambitious) but in situations like that, you do not want to focus on one player. You focus more on the collective attitude of the team to keep them focused on the quality of our game,” Wenger told Standard Sport.
“We create chances. (The goals) will come. It’s difficult to say he’s had a dip. He tried tonight, he did fight. It was difficult because they defended very well as well.”
Wenger also said that the defeat to second-placed Manchester United earlier this month and a lack of preparation time were factors in Arsenal’s meek display during the stalemate.
Arsenal host 16th-placed Newcastle United, who are winless in eight league games, on Saturday.Advertisement