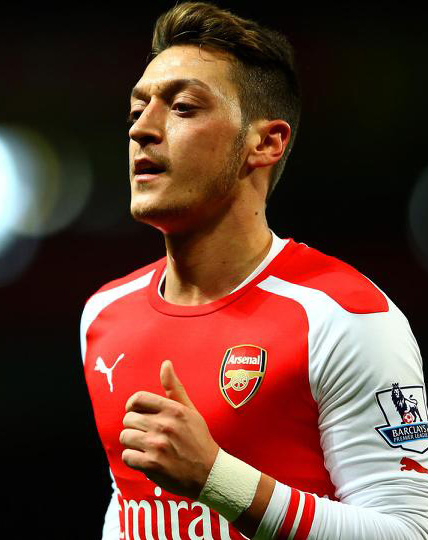 ARSENE Wenger has rejected criticism of Mesut Ozil by former Manchester United midfielder Paul Scholes, who claimed the German playmaker was only “going through the motions” at Arsenal.
“I think a player like Paul Scholes would have loved to play with Mesut Ozil,” Wenger said.
“We are all in a job where in every single game we have to prove a point.
“I believe Ozil has the quality, he puts a lot of effort in to help the team and he works much harder than his style shows.
“You can be cheated a little bit by his style of play, because he is fluent, easy, subtle and he does not look like he puts the effort in, but he does.”
Scholes had criticised Ozil for “taking the easy option” by joining Arsenal and suggested his style didn’t suit Arsenal.
“Over the years, the big players who were really ambitious – [Patrick] Vieira, Thierry Henry, Cesc Fàbregas, Robin van Persie – have all left,” Scholes wrote in the Independent.
“They left for the simple reason that Arsenal are not in it to win league titles any more.
“Those players have realised that if they want to win championships then they have to move elsewhere. It’s why I think Mesut Ozil took the easy option joining Arsenal.
“Since he has been there you cannot doubt his quality but at times he looks like he is going through the motions, however much ground he covers.
“He needs a leader around him to get him going. At Real Madrid he had a chance of winning league titles; at Arsenal that is not on the cards.”Advertisement