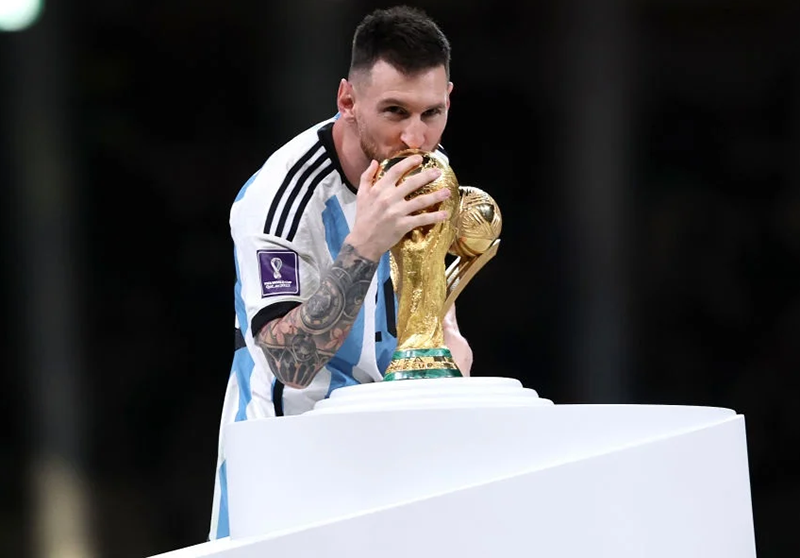 Lionel Messi saluted the Argentina fans in Doha’s Lusail stadium on Sunday after helping inspire his country to their first World Cup victory in 36 years.

“We’re champions of the world!” exclaimed Messi on the stadium microphone after his two goals and successful shootout spot-kick helped Argentina to the title.

Messi hugged his family members and team-mates after the stunning match that ended 3-3 after 120 absorbing minutes that included a Kylian Mbappe hat-trick and three successfully converted penalties.

Both Messi and Mbappe were also successful in the shootout before Argentina goalkeeper Emiliano Martinez’s crucial save from Kingsley Coman and Gonzalo Montiel’s clinching penalty.

Martinez said it was “destiny” to win the World Cup after starring in the nail-biting penalty shootout victory over France in Sunday’s final.

Martinez, 30, saved from Kingsley Coman in the shootout to help Argentina to a 4-2 win after the thrilling final ended 3-3 in extra-time.

“It was a very complicated match, they came back to equalise in the game but it was our destiny to suffer,” said the Aston Villa keeper.

“All that I have dreamed of has been achieved. I have no words for it. I was calm during the penalty shoot-out, and everything went as we wanted.

“I left very young for England. I dedicate this victory to all my family.” 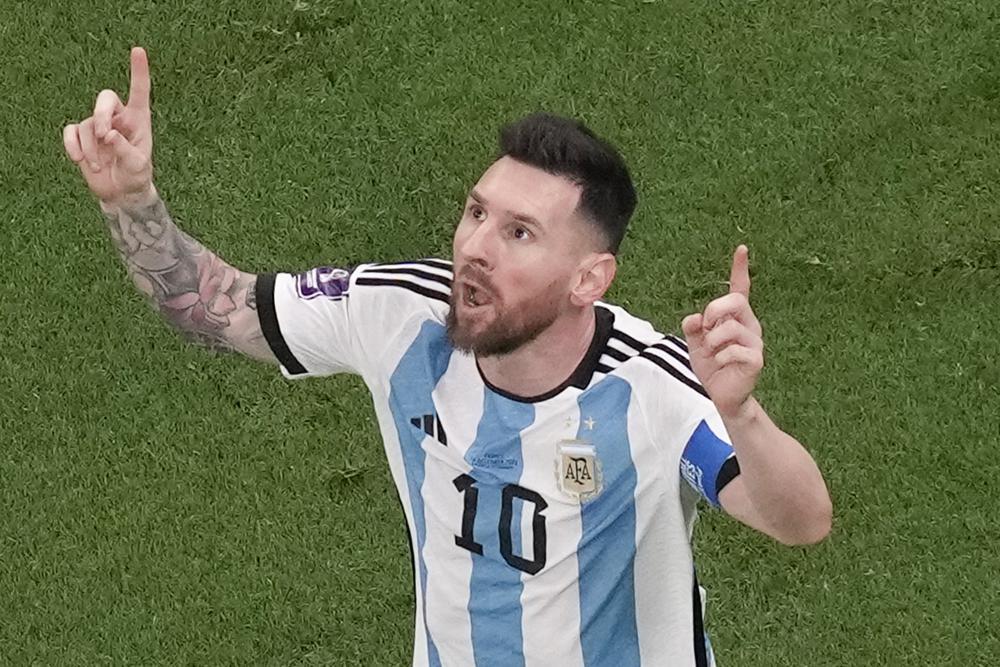 It was a perfectly scripted farewell for the 35-year-old Argentine captain, playing in what he has said will be his fifth and final World Cup tournament.

Messi was a beacon of calm amid frequent outbreaks of pandemonium at the Lusail Stadium as Argentina twice squandered winning positions, eventually taking the title on penalties after the game finished 3-3 in extra-time.

Before kick off, Argentina’s raucous supporters had roared their appreciation as a giant television screen played a tribute to the late Diego Maradona, with clips of his legendary goal against England at the 1986 World Cup.

That was all the inspiration Messi needed as he set about delivering Argentina their first World Cup title in 36 years.

Maradona had also inspired that 1986 win, helping Argentina recover after they gave up a 2-0 lead before defeating West Germany 3-2.

Eight years ago, Messi had cut a forlorn figure, finishing on the losing side as Argentina slumped to a 1-0 extra-time loss to Germany at the Maracana Stadium in the 2014 World Cup final.

That defeat left Messi staring at the possibility of joining German legend Karl-Heinz Rummenigge as the only man to captain his country to defeat in two World Cup finals.

It soon became apparent on Sunday, however, that Messi had no intention of taking up membership of that unwanted club.