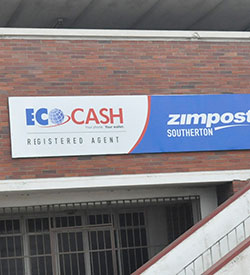 ZIMBABWE’S postal agency, Zimpost, has said it has revamped its operations and diversified its products to beat the current harsh macroeconomic environment.
The company’s head of retail services, Neil Moyo, said due to rapid technological advances, the parastatal which used to focus on mail delivery services had now shifted to other services such as money transfers and rural mobile communication centres.
Speaking in Mutare recently, Moyo said they now have 227 outlets and 98 open merchant centres across the country.
“This is where we see a lot of opportunities to synergise with industry. We visit 750 000 delivery points on a daily basis. No one is doing this and we have developed profound community knowledge because we are in touch with the community every day,” Moyo said.
Zimpost was handling over $500 million worth of transactions a year which includes $13 million for Zimbabwe National Road Authority (ZINARA).
“We also act as agents for government departments and other private companies. We have also improved our letter delivery service from bicycles to motorcycles,” said Moyo.
The company also boasts a fleet of seven buses which ply routes normally shunned by most operators.
“They are called Post buses because they don’t run in the city centre but help to deliver letters and goods and passengers in the remotest areas of the country,” said Moyo.
He said although technology has advanced in terms of e-commerce, Zimpost still has a position in terms of the value addition.
“Even if people buy and order goods online they still need them to be delivered physically. We know letters are no more but we have converted our post offices into big warehouses where our customers can fully utilise them to bring their goods closer to the market,” said Moyo.
He said Zipcash, the company’s money transfer platform, was also another service which has given Zimpost a lifeline.
“The Universal postal union which is a United Nations arm responsible for the postal sector introduced a financial platform where cash is sent to different countries. It is subscribed in 194 countries, which we can exchange money through transfers,” he said.
He said they had so far used Tanzania as a testing route adding about $10,000 was realised since there was less traffic.
Soon Botswana and South Africa will be members and Zimpost is expecting to reap rewards as over three million Zimbabweans who are scattered in the two countries will use the facility.Advertisement

“The difference between our money transfer and other transfers in the country is that we push free money. These are funds which are not supported by invoices.
“We are the only company which has been granted a licence by the Reserve Bank of Zimbabwe to receive and move in and out free funds from Zimbabwe,” he said.
The facility is going help those in the Diaspora who want to send funds to their relatives in Zimbabwe while students in South Africa will have the opportunity to receive money from their parents at affordable rates.
Moyo also said Zimpost has established four mobile communication centres across the country which will be used as an effective tool of communication to capacitate communities with vital information.
“The mobile communication centres will move from place to place in remote areas to help villagers have access to information.
“Even private companies which want to carry out their business or conferences outside their normal working environments can hire the mobile communication facility for transmitting their data while operating in remotest areas of the country,” said Moyo.