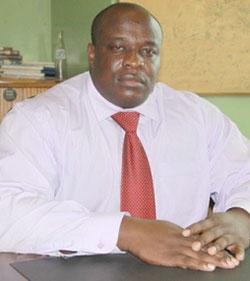 Below is a defiant editorial published in the Tuesday edition of the Herald newspaper after it was reportedly attacked by Zanu PF officials over its coverage of the party’s chaotic provincial elections which have now been cancelled.
WE welcome the decision taken by the Zanu PF leadership to call off provincial elections that were set for this Saturday and the convening of an urgent, extra-ordinary Politburo meeting to stop the circus that saw some senior party officials approach issues of intra-party democracy with open mouths and shut minds, itself the bane of the MDC-T.
On Saturday, Zanu PF needs to look at itself in the mirror, warts and all. The party must act on the warts that threatened to make it politically ugly. The self-deprecating habit of pretending all is well when the house is on fire must be dropped like a plague, for fire once teased snarls all the way to ash.
The lessons of the near-miss of Election 2008 must endure where some Zanu PF leaders kicked the ball into the bush with gusto, nearly sending the revolution off kilter. The result was four years of a dysfunctional coalition that gave Westerners a listening post even in Cabinet.
We believe it is the ghost of 2008 that is haunting Zanu PF. We are convinced the words left unsaid, work left undone then is haunting the party now. That aside, we take this opportunity to remind all and sundry within Zanu PF that we hold no brief for anyone; aspiring or perspiring; for the party’s leadership.
To us journalism is as British writer George Orwell put it, writing what someone does not want written with everything else qualifying for public relations. There are some in Zanu PF who didn’t want the chaos that ravaged provincial elections in the Midlands, Manicaland and Mashonaland Central exposed.
They wanted the allegations of rigging and irregularities, the shambolic party registers and disenfranchisement of hundreds of party supporters to be hidden behind mouth washed platitudes. But we are not in the business of public relations. Our duty is to educate, inform and entertain our readers. To us the national interest is supreme and our publics are our readers and advertisers.
We defer to our National Flag, the national and public interest. We back Zanu-PF as long as it upholds the ideals that inspired its formation. The ideals that drove thousands of young Zimbabweans to take up arms against the settler regime. The ideals that to this day attract millions to the revolutionary party.Advertisement

Gone are the days, if ever they were there, of being used by dwarfish politicians in giant robes. Our mandate is to tell the truth and not to assuage the egos of insecure politicians. While the privately owned tabloids can afford to entertain the conspiracy theories for their selfish interests, we are a paper of record. We owe it to our readers and advertisers to keep the record straight.
We know President Mugabe as the final authority in Zanu PF. When he speaks he gives us the party’s official position. We do not make announcements, we report on them. When the President, through his spokesperson, speaks we have a duty to report that no matter how unpalatable it may be to his subordinates.
While there is a clear distinction between the party and Government, it so happens the leader of the party, it’s First Secretary and President and the Head of State and Government are one person. What is more, he has a spokesperson who we all know and who should never be confused with the party spokesperson.
It is up to the President to choose who he wants to convey his message. That is not our business. It becomes our business when people who should know better expect us to confuse the medium and the message.
As we report elsewhere in this issue, there are matters which are outside even the province of the national spokesperson. A case in point being our lead story today where the national chairman, Simon Khaya Moyo in his capacity as a member of the Presidium, had to announce the cancellation of provincial elections and convening of a special Politburo meeting this Saturday.
As such the fact that Presidential spokesman George Charamba announced the President’s position, and not the national spokesman is neither here nor there. The medium is not the message (mutumwa haana mbonje). It is the President who spoke.
To this end we take exception to utterances that were attributed to Zanu PF secretary for administration Didymus Mutasa, and Rugare Gumbo who both tried to draw us into the Zanu-PF provincial poll fiasco. We are not in the business of sparring with politicians, our province are news values.
We are a watchdog not a lapdog, and where need be the teeth come out.