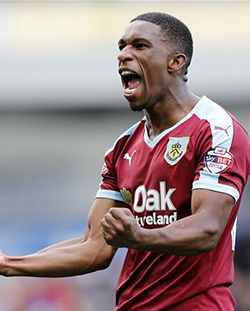 TENDAYI Darikwa, a defender with English Championsip side Burnley, is attracting interest from Premier League clubs with West Ham United the latest to join the race.
The 23-year-old has been in fine form for Burnley this season since his summer move from Chesterfield, scoring once in 21 appearances for the Clarets.
High-flying Leicester City have also expressed an interest in Darikwa while West Brom are also keeping tabs on the versatile right-back.
Hammers boss Slaven Bilic is keen to add a new right-back to his squad with Carl Jenkinson struggling for form at Upton Park this campaign.
This comes as top-flight clubs look to the lower leagues for hidden gems with the recent successes of Jamie Vardy and Dele Alli.
Born in Nottingham to Zimbabwean parents, Darikwa began his career at Chesterfield after progressing through the youth system to go on to make 125 appearances for the Spireites in a five-year spell with the Derbyshire club.
According to the Mirror, the defender is eligible to play for England after reportedly botched attempts by Zimbabwe officials to have him play for the national team.
It was alleged in 2013 that he was asked to pay a “processing fee” by a former Zimbabwe Football Association official in order to play for the Warriors which made Darikwa reconsider his decision.
Darikwa signed a three-year deal with Burnley in July and it could take a decent fee to take the defender away from Turf Moor.
Sean Dyche’s men are 5th in the Championship, six points off second-place Derby County, and face a tough trip to Middlesbrough this weekend in the FA Cup.Advertisement