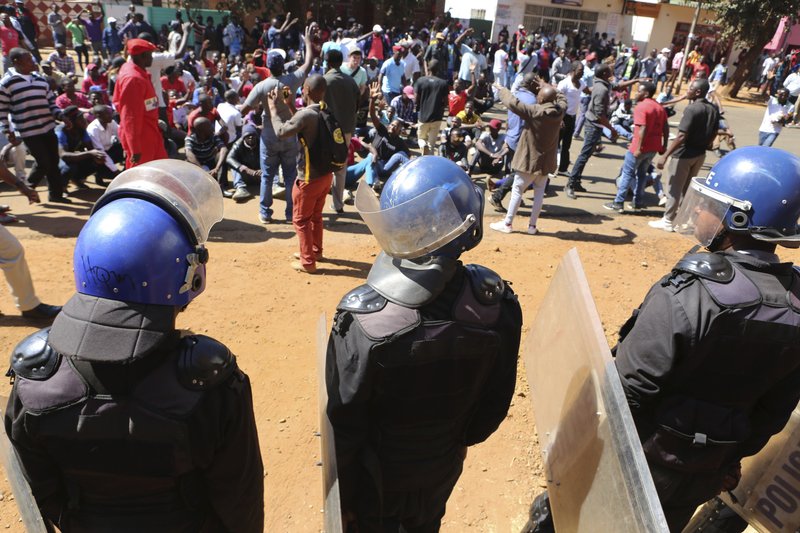 WESTERN ambassadors accredited to Zimbabwe have a expressed “grave” concern over the country’s deteriorating human rights situation which saw the killing of six civilians during a post-election protest by opposition supporters a week ago.

In a statement Tuesday, the Heads of Mission of the European Union (EU), Canada, Switzerland and the United States of America said the shooting down of six unarmed civilians by the military a week ago contradicted the pre-election period that seemed to provide some hope for citizens.

“(The Heads of Missions) note with grave concern the eruption of violence and occurrence of serious human rights violations following the peaceful election on 30 July 2018.

“These tragic events stand in sharp contrast to the high hopes and expectations for a peaceful, inclusive, transparent and credible election in Zimbabwe,” the diplomats said in their statement.

The skirmishes saw military deployments ostensibly to quell the protests but six people were shot dead in a high handed reaction to the public disturbances.

Members of the military have also been accused of putting up a systematic witch-hunt of opposition leaders some of whom are now in hiding with reports groups of soldiers were raiding some drinking spots in Harare during the night to beat up revellers.

Government has denied the claims.

The envoys condemned both sides for the violence that rocked Harare.

“The Heads of Mission condemn the violence, attacks, and acts of intimidation targeted at opposition leaders and supporters.

“These human rights violations have no place in a democratic society and contravene the fundamental tenets of international human rights standards,” said the ambassadors.

“The Heads of Mission urge the government to respect the rights of the Zimbabwean people as enshrined in the Constitution.

“All allegations of incitement to violence or violent acts, as well as vandalism and destruction of property, should be investigated in accordance with the rule of law, and perpetrators held legally responsible.”

Mnangagwa has promised an independent inquiry into the post-electoral killings but only after his inauguration as the next leader.

The Heads of Mission called on Mnangagwa to make public the findings of the independent commission adding government must ensure the military does not violate the rights of citizens.

“The Heads of Mission call on the Government to ensure that the Zimbabwean Defence Forces act with restraint, in full respect of international human rights norms and their constitutional role,” they said while urging political leaders to respect a pre-election peace pledge and use legal channels to resolve disputes.