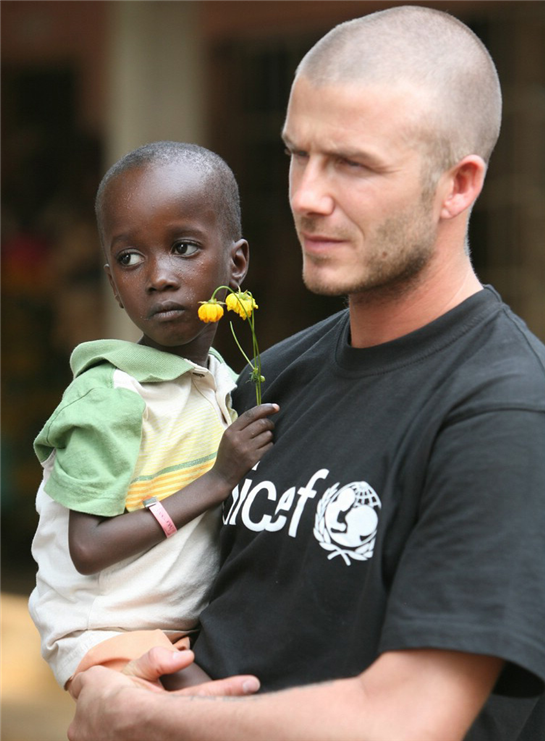 DAVID Beckham has added his voice to a charity appeal, one week after launching a new global project to help millions of children in danger.
Humanitarian charity Unicef’s 7 fund – named after the former England footballer’s favourite shirt number – is set to focus on seven countries where youngsters are at risk.
One week on from the launch of the fund, Beckham is featuring in a video for the charity’s ‘No te indigna?’ campaign to end violence against children and adolescents in El Salvador.
Translated from Spanish, it means “doesn’t it outrage you?”, and the star footballer asks that question at the end of the 40-second clip.
The video will be broadcast across El Salvador from today and he will appear on local billboard posters and print adverts.
The in-country campaign hopes to raise awareness of the many forms of violence which affect children in El Salvador, the country with the highest child homicide rates in the world.
Beckham, Unicef goodwill ambassador, said: “Every day, violence affects thousands of children and adolescents in El Salvador.
“It’s an outrage – violence in their homes, schools and streets. El Salvador has the highest rate in the world of homicides of children and adolescents and, together, we can change this.”
He added that he wanted to use his voice to effect change for children, as well as raise funds.
As well as backing the anti-violence drive in El Salvador, Beckham is also asking people around the world to join him in calling on world leaders to put chilAdvertisement