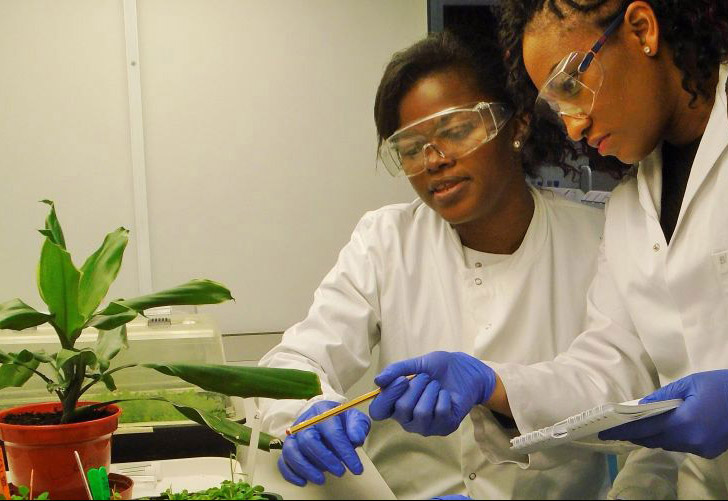 According to the National Skills Audit Report, Zimbabwe has a skills deficit of 62%. The engineering and technology sector has a deficit of 96% (Sunday Mail June 2018). Is our education system useful to us as a nation? Are our education systems educating the nation? Peters (1966) argues that education involves initiation into forms of objective knowledge and understanding by which we are enabled to make ‘disinterested’ rational sense of the world.

Historically, Africa did not have a modern education system but society was educated nonetheless. Immanuel Kent says people deserve respect because they are people, free, rational beings. They are ends in themselves with absolute dignity. The Stone Age and the Iron Age had their own technologies. The people who lived then had a way of managing their situations and challenges. Although no formal schools existed people were dignified and were separate from animals in their way of life.

When the modern education system was introduced through colonialism in Africa what were its objectives? The settlers in a new set up for Africa needed labour, they needed skills and, above all, they could not co-exist with people who could not understand their language. Hence communication was one of the main reasons why Africans had to get an education. (Voltaire, quoted by P. H Aries.op.cit) ‘The lower classes should be guided, not educated’. This notion was prevalent in British colonies whereas the French believed in assimilation of the natives into French citizens in all aspects of life.

As a former British colony our education system was not to educate the indigenous but to give him guided knowledge that guaranteed the smooth running of industry and commerce. The needs of the education system then fed into the needs of a new colony whereas today Zimbabwe requires education that can produce graduates who can match today’s digital age needs. The curriculum that worked in 1970 may not be effective today. There is need for tailor making the curriculum to match the needs and aspirations of the nation.

Despite having a very high literacy rate of 94% according to the National skills Audit report 2018 cited in 2019 National budget statement, Zimbabwe’s skills level is at 34 %. According to Mark K. Smith education is a process of inviting truth and possibility. In most colleges and Universities the thrust and objective of the student is to graduate not to learn. This is the reason why there have been documented cases of examination leaks as in a Bulawayo court case against an 18-year-old Tshabala surbub accused of leaking three ordinary level examination papers (Chronicle Nov 2017).

Another case involves an English ordinary level paper leak reported in The Herald (Nov 2018) involving of some students from Mhondoro. Students now focus on passing the examination at almost any cost rather than learning concepts in the curriculum. A culture of studying selected topics only is very prevalent, where students concentrate on areas they feel will be examined and ignore the rest of the issues. They have chosen or fallen into schooling-trying to drill learning into people according to some plan often drawn by others, (Paulo Freire 1973). Paulo describes this kind of learning as banking. In some instances the lecturers encourage this kind of learning when they tell their class to be on the lookout for certain areas the lecturer puts emphasis on as classes revise for end of semester examinations.

In such cases the students go through University or College only learning or cramming the little information narrowed down to pass examinations and not the concepts of the laid out curriculum. According to John Dewey (1916), education is a social process – a process of living and not preparation for future living. When one enrols into college usually the aim is to get a good job and that means satisfying the academic requirements of the employer.

This can easily be done if one passes all relevant examinations even without full understanding of the fundamental concepts. The student graduates but is totally unfit for industry as there is no effective learning taking place but just focussing on graduating. Peters (1966) insists that the educated person seeks knowledge for its sake more than as a means to some further end.

The Zimbabwe Council for Higher Education, ZIMCHE, was established in 2006 so as to achieve quality assurance in Zimbabwe. According to E.C. Garwe (2014), the council comprises five specialist committees, among them, Executive committee, Higher Education Quality Assurance committee, Higher Education Funding and financing committee.  ZIMCHE is also responsible for academic and institutional audits including checking on special facilities and equipment requirements available before accreditation of an institution’s programme or courses. Facilities and equipment requirements checks must be vigorous so as to close the skills deficit Zimbabwe experiences today.

According to the National Skills Audit Report, the engineering sector has a skills gap of 94%, agriculture has a deficit of 88%, health sciences a gap of 95%, applied arts and humanities currently have a gap of 82% and the legal profession skills deficit is 92%. Improvement of facilities and availability of equipment for training purposes will go a long way in closing the skills gap. The other critical element for effective skills training is the actual training itself. Skills can only be taught by one who is skilled in that particular field and had made immense contributions to that area in terms of products or innovations not just focussing on research papers.

Peters (1966) alleged that the separation of training from education has led to widespread denigration of vocational skills, a failure to recognise the intellectual and economic contribution that such skills have to the human life. In the Zimbabwean context we see the sudden inclination by polytechnic colleges to start issued degree programs and the alienation of polytechnic college graduates as lesser intellectuals although industry has noted that it is the same polytechnic colleges that provide much of their skilled manpower.

According to the Oxford English dictionary, academic means relating to education and scholarship, not of practical relevance but of only theoretical interest. Our Universities were tailor-made to provide academic needs and requirements and as such it is logical for the academic universities to churn out graduates who are of academic nature as this resonates with the ethos of their learning experience. Zimbabwe needs to make a paradigm shift and put in place new curriculum that provides the student with both academic and skills experience. A study by inter-University council for East Africa on the quality of graduates from Universities reflected that 51% of graduates failed to meet the employers’ expectations (Mohamedbhai, 2014).

Lack of Funding in research also reflects on the quality of graduates from Zimbabwean Universities. Funding for research usually comes in the form of government grands and the private sector. Generally, the sciences are better funded although a lot needs to be done to meet trending technologies. As a result the Arts and humanities suffer from lack of funding to set up training equipment and facilities resulting in graduates who have very limited skills in their areas of study.

There is a gap in the technology created and the market. Unlike in the developed world where innovation is highly valued and turned to useful consumer products and services, local research seems to be for show purposes only. As a result, research does not generate interest from students as there are no tangible benefits for their efforts. This lack of interest in research that demands skills result in most post graduate students opting for academic paper research only.

The Zimbabwean education system must benefit the nation and as such the curriculum must reflect on the ethos and demands of our society’s needs. In this digital age innovation is the cutting edge difference between growing economies and shrinking economies. A clear education system that equips the learner with skills is the only way of ensuring that the economy ticks again.