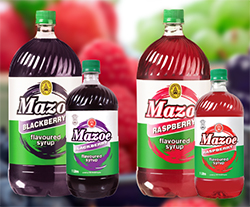 HARARE: Schweppes Zimbabwe Limited , a manufacturer and distributor of non-carbonated, still beverages under licence from The Coca-Cola Company faces a dire future if TCCC follows through on intentions to terminate their bottlers agreement.
The company is 49 percent owned by Delta Corporation while Whaterton Investments owns the remaining 51 percent (20 percent Management and 31 percent employee share trust).
Coca-Cola acquired Schweppes in 2001 as part of its global acquisition of Cadbury Schweppes internationals beverage brands.
The Zimbabwe unit’s product portfolio includes cordials, fruit juices, bottled water and flavoured drinks. These products are marketed under well renowned brand names: Mazoe, Minute Maid and Schweppes Water.
Under Mazoe there is the well-known Mazoe orange crush and other Mazoe Syrups which are available in Blackberry, Cream Soda, Raspberry and Peach flavours. The fruit juices consist of Minute Maid juice, Minute Maid pulpy and Minute Maid Tetra.
Additionally, the bottled water product has two brands which are the Schweppes and Bonaqua.
The company currently has six operational sites in Harare, Bulawayo, Chinhoyi, Kwekwe, Mutare and Masvingo. The operations in Kwekwe, Chinhoyi, Masvingo and Mutare are depots with warehouse and distribution services. Manufacturing is undertaken at the two branches of Harare and Bulawayo.
The decision by Coca Cola to terminate that Bottlers Agreement will have a material impact on the business performance of Schweppes since it entire product line is for Coca-Cola products.
A comparative look at Schweppes balance sheet from 2012

The company’s total assets have increased over the period from 2012 to date driven by expansion projects undertaken by the company as it seeks to exploit business opportunities and deliver value to its customers. Some of the expansion initiatives include the commissioning of bottling line and acquiring of 70 percent stake in Best Fruit Processors (Private) Limited (BFP) in 2015.
The company’s revenue had a consistent upward trend since 2012, reflecting the efforts by the company to increase volumes even though the prices remain depressed in view of the stiff competition in the sector.Advertisement

Total revenue of $94,9 million was attained in 2016, which is greater than the $76,99 million recorded in 2012. Volume performance for the 12 months to March 2016 was positive at 4 percent above prior year on an undiluted basis, with an increase in lower priced imports of cordials and nectars resulting from the depreciation of regional currencies against the US dollar.
Profit margins remain positive with an average of 4.4 percent and in the recent previous financial year the company recorded a profit after tax to the tune of $4.9 million.
Volume growth and benefits from price roll backs have spurred growth and the excellent financial performance has been on the back of value chain optimisation. The locally manufactured juice drink products under the Minute Maid brand are now well rooted in the market with a market share of over 90 percent in this sub-category.
The commissioning of the new bottling line for bottled water saw the two water brands (Schweppes and Bonaqua) remain the consolidated market leaders in the category.
The termination of the TCCC agreement need not mean the death of the firm. With its vast assets accumulated over the years, the company can be innovative enough to start its own product lines, but probably under a new name.
Given the company’s reputation in the market in this category, it can successfully launch several new products. This can be supported by the Beitbridge Juicing Private Limited (BBJ), a Schweppes subsidiary which is the main supplier of juice concentrates.
Additionally, the company can as well leverage on Best Fruit Processors, which has the principal activity of manufacturing of tomato puree and paste and other fruit pastes, pulps and concentrates. It has potential for signiﬁcant exports while supplying previously imported inputs to the local market. The after tax share of proﬁts from this associate entity amounted to $2.4 million for the year to March 2016.
Schweppes still has a future, but in which form?