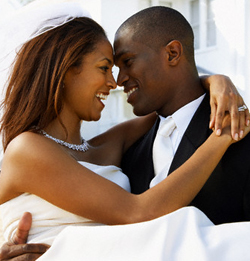 I HAVE just learnt, with terror I must admit, that some of my relatives and a few friends are becoming worried that I may never settle down and get married. I am in my early thirties and strangely, I am assumed to be more than ripe and ready for marriage.
As if that is not enough, just the other day, I had a terrible misunderstanding with my paternal aunt – she fears I am becoming too successful that finding a man to marry me may prove to be just too difficult. I am advised men don’t really like successful women. I can’t help but be concerned.
Are men truly afraid of a successful woman? Isn’t it quite humorous how our society views men and women so differently? It is not in dispute that a successful man is very attractive, quite a catch. A friend of mine the other day was telling me that it is no longer necessary to take stock of the ratio of men versus women but rather, successful men to women, and I am told it’s 20 women: one successful man.  Such figures are obviously unofficial, but this portrays just how on demand a successful man is.
The odds are, however, not the same for women. The more successful or the more educated a woman, the less attractive she becomes. It’s really an issue of double standards on the part of our society.
I became so concerned over this issue that I went as far as doing an online survey in some social forums I subscribe to in order to ascertain just why successful women  aren’t viewed as marriage material. What became so obvious is that most men do not find a successful woman attractive because they fear that they may not be able to control her.
Just why men find it so macho to control a woman puzzles me. Are women so erratic, unpredictable, wild and dangerous that they ought be tamed and controlled? Is it really proper to control another human being? More importantly, is it profitable for any person to conduct their lives in accordance to another’s rule book?
It appears the brothers in my society are not too keen on marrying for the sake of gaining an equal partner. They seem to want a docile kind of a lady: the one who drops everything for her man and will bend over backwards just to please him; the kind that suffers in silence and dares not question him on any issue. A door mat. One that can easily be tamed.
Just take a closer look at most marriages in our society. Don’t wives seek permission to do just about anything? Most wives hardly ever make any decisions without consulting. Is it that they are incapable of making decisions or maybe they are just not competent enough?Advertisement

Some men go as far as demanding that their wives dress a certain way; be home at a certain time; associate with certain individuals and obviously disassociate with others. Are women truly incapable of making their own choices on fashion, lifestyle and friends? Must one abandon their person for the sake of becoming what a man demands and expects from them? What is it that strips wives of their power and vests it with their husbands ? Could it be the fact that one pays the bride price for the other?
When a man pays lobola for his wife, is he not merely extending his gratitude for being blessed with a wife? How then does lobola become a symbol of ownership of a wife by her husband? It is beginning to appear as if a wife, like a couch, is just another household item.
The way this institution called marriage is understood in our Zimbabwean society leaves women in a very feeble position. I do not feel I am losing out on anything by not marrying.
What do I stand to gain from marriage? A man? I have one. Furthermore, I certainly can get and keep any man, if I put my heart to it.
Becoming Mrs so and so? Why? I already have a surname. I have been using it for over two decades, and I am sure using it for the rest of my life would not kill me.
Babies? I already have and I did not marry their father by choice. What really is the achievement in marriage? Am I missing out on anything? I have seen so many people marry only to divorce a couple of years later. Why then must I set myself up for heartache, pain and a life of misery?
Maybe one day, I will change my mind. Maybe one day I will choose to be tamed. Maybe I will choose to be controlled, to live a life according to the husband’s strict instructions. Maybe one day this institution of marriage will make perfect sense – I may even regret not having jumped into it earlier.
Until that very unlikely day, I refuse to marry to conform to societal expectations of me. I refuse to marry for the sake of my family and friends, the pleasure of them watching me tie the knot at the expense of my independence and joy.
Carol Dube is a social commentator who tells it like she sees it