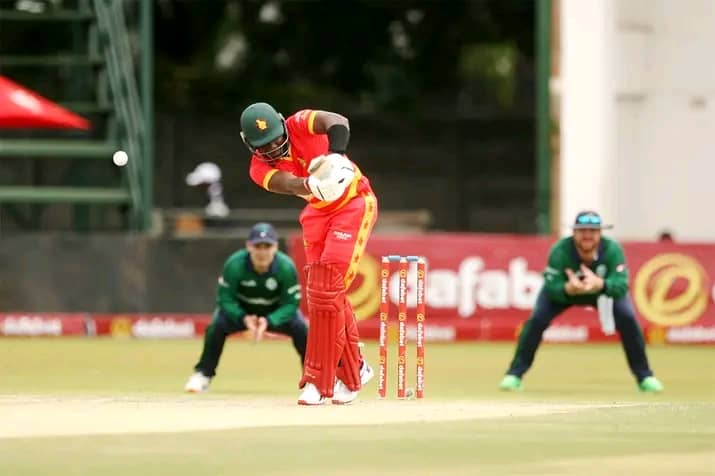 DISAPPOINTMENT and dejection summed up looks on faces of more than 10 000 supporters that thronged Harare Sports Club to rally behind Zimbabwe Senior cricket team.

Cricket fans showed up with Harare Sports Club filled to rafters with long queues meandering outside the arena hours after the second One Day International (ODI) had kicked off.

The famous castle corner was bustling, creating an electric atmosphere in the duration of the second ODI game against Ireland.

However atmosphere died down at the tail end of the match when Zimbabwe’s batsman Gary Ballance fell for 52 dashing any hopes of the Chevrons chasing down a target of 295runs to win.

The Irish were sent to bat first after Zimbabwe won the toss and chose to field, with Stephen Doheny and Harry Tector posting 84 and 75 runs respectively.

Zimbabwe took to the crease, which saw the usual script for the hosts writing itself as the batting failed to stretch, with Ballance and Innocent Kai’s scoring 52 and 51 respectively.

Throughout, a bumper crowd continued to belt songs and dancing hoping for Zimbabwe pull a card from its sleeve.

“Hatimborohwa kunyeperana” echoed from the stands but it died down when it was glaring that the 299 target was an uphill battle.

Chevrons’ batsman Innocent ‘Trigger’ Kaia was left disappointed by the defeat against Ireland in front of a supportive home crowd.

“We did not bowl our best, we had too many extras. It happens, best teams always bounce back. It is really disappointing the way we bowled today (Saturday),” said Innocent Kaia.

Zimbabwe approached Saturday’s match on the back of a dramatic last ball winner, Thursday, courtesy of a DWL method after rain interrupted play.

Chibhabha posted 40 runs on his return.

The addition of Chibhabha, who last featured for Zimbabwe in 2019, is part of Houghton’s plans of fusing experienced players with youngsters as he searches for a solution to scoring woes.

Kaia said the experience possessed by Chibhabha will rub off in the Chevrons team.

“Chamu (Chibhabha) is a quality player. When he was introduced in the squad, everybody was happy to have him. Chamu started playing long time ago. We are never in doubt whenever we are with Chamu,” he said.

The three match series are one apiece making Monday’s encounter crucial for both sides.

Houghton might introduce Brandon Mavuta – who has been in scintillating form in the domestic league – in the final match.

Kaia reckons Chevrons will bounce back from weekend encounter to wrap up the series.

“Definitely on Monday we are going to win. We are a test playing nation and whenever we face these kind of situations we know how to manoeuver,” he said.