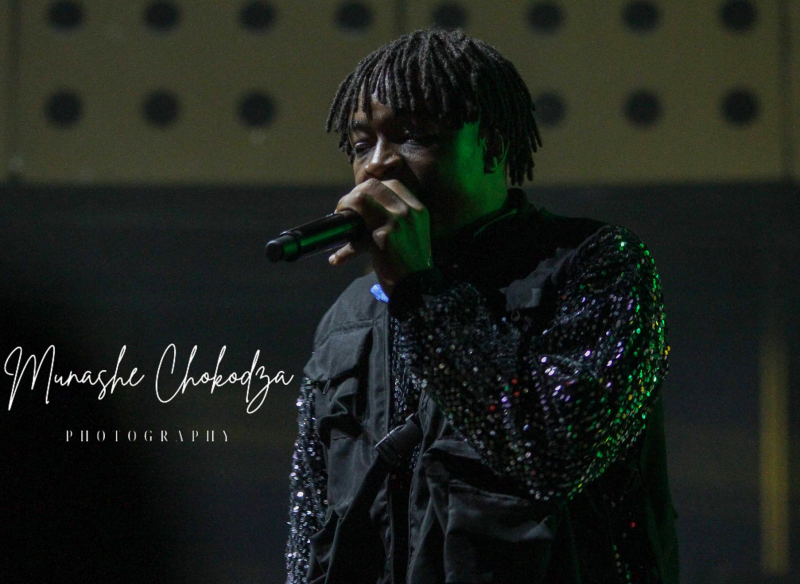 IT was on a Saturday night, with Harare International Conference Center (HICC) providing a perfect setting for merry making, when thousands thronged the capital’s arena to usher in a new year.

The grand stage was set as a launch pad for the most anticipated album of Zimdancehall maestro, Winky D.

Holy Ten, Saintfloew and Nutty O made up a coterie of artistes who were to illuminate the big stage ushering many into 2023.

HICC was packed, its walls nearing a burst, with Zimdancehall and hip hop sounds echoing in the giant arena.

The grand stage had been set with musicians not familiar with the territory and provided an opportunity to stake a claim rubbing shoulders with masters of the game, Winky D, Nutty O and Killer T.

Holy Ten born, Mukudzei Chitsama, walked through the blue carpet along an entourage of his backing group carrying an expectation on his shoulders of taking the show down.

Clad in glittering shirt and black trousers, Holy Ten gave a decent show in the first half of the night, dishing out hits such as “Appetite”, “Mwana ndakubirai” and “Ndaremerwa”.

Holy Ten has never hidden his admiration and unflinching loyalty towards Winky D, describing the kingpin as the local music’s godfather.

However, when the big moment came for Holy Ten to prove his mettle in a rare opportunity alongside seasoned performer Winky D, he monumentally choked.

Holy Ten’s dream turned into a nightmare as the young musician stuttered and stammered midway the performance as lyrics miraculously disappeared from his mouth.

The father-son affair turned to be dismal as Holy Ten failed to feed off the rapturous HICC crowd and on key vigilance band chanting his signature “hoyo” in his deep voice intermittently as a cover up for mishaps.

However, Mujaya, as Holy Ten is affectionately known, will put the nightmare behind taking solace on how the collaboration has been an instant hit owing to its deep lyrics and social commentary.