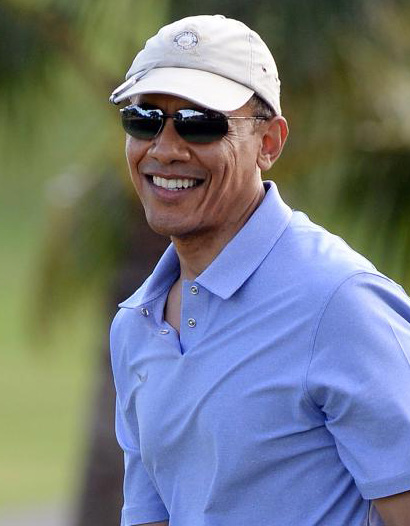 AS US President Barack Obama lounged with his family on a Massachusetts beach Thursday, the White House released a list of six books that he took on vacation.
The always keenly watched — some say overwatched — presidential reading list included some unsurprising choices, such as Ron Chernow’s acclaimed biography of first president George Washington.
Against the backdrop of racially tinged violence that has marred the second term of America’s first black president, Obama is also digging in to Ta-Nehisi Coates’s letter to his son about race in America, “Between The World and Me.”
There is also a natural history tome, “The Sixth Extinction” by Elizabeth Kolbert, which fits nicely with the environmental focus planned when Obama returns to Washington.
But fiction also features on the list, including two novels set loosely around World War II: “All That Is” by James Salter and “All The Light We Cannot See” by Anthony Doerr.
Following up on his trip to India earlier this year, Obama also took along Pulitzer Prize winner Jhumpa Lahiri’s “The Lowland,” set in Kolkata.
Advertisement