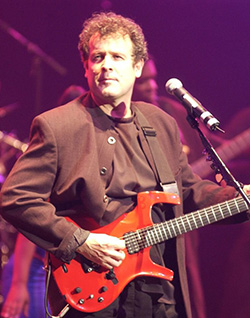 JOHNNY Clegg, 61, is one of South Africa’s best-loved performers, with an international reputation that makes us all proud.
On Saturday the so-called “White Zulu”, who made his name with bands Juluka and Savuka and still keeps up a punishing tour schedule, spoke to the Sunday Tribune after hearing he was to be awarded the Office of the Order of the British Empire (OBE) by Queen Elizabeth later this year.
Clegg was informed of the honour by the British High Commissioner to South Africa earlier last week.
“When I got the call it honestly came like a bolt out of the blue,” said a delighted Clegg.
“It is so nice to receive recognition of this kind from so far away. I am being honoured for my contribution to music and the struggle against apartheid and my work towards the upliftment of women and children in South Africa, I was told.
“It really is a highlight in my 35-year career. I’ve been given lots of awards by, among others, the US and France, and they were all great, but this really tops off my career in a very special way.”
The OBE will be presented to Clegg, at a date still to be announced, as part of the Queen’s 2015 Birthday Honours List.
Clegg plans to take his wife, Jenny, with him to the palace, but was unsure whether his sons would be available.
As prestigious as the award was, said Clegg, “Travel is not paid for as part of the award. I will be getting there on my own two pennies.”
The musician said he was planning to align receiving the award with performances in France in October.
Clegg said he was as active as ever in the music and social justice arenas, and was proud of the work he was able to do with organisations benefiting needy South Africans and the Treatment Action Campaign (TAC).
“I’m working closely with the TAC and through them I learnt, to my horror, that TB is the biggest killer in our country.
“I recently donated R100,000 to help fight multidrug-resistant TB and in August I am hoping to help the TAC raise R1 million during a fund-raising drive, to fight the disease.”
Clegg has very fond memories of Durban, and was looking forward to performing at Makaranga in Kloof today.
“I will be performing a range of music drawn from my 22 albums, and I look forward to it tremendously.”Advertisement