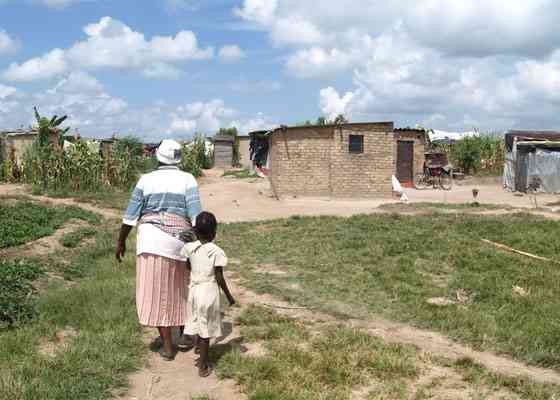 AN exasperated Emelda Karenga perches herself by the doorstep of her shack, deep in thought as she wonders what the future holds.

She has her eagle eyes on her two children playing in the muddy yard, her unemployed husband having already left to look for menial jobs to fend for the little family.

Their future is at stake here as the company holding title to the land moves to evict them and raze to the ground.

They, like many others around, illegally occupied the land more than ten years ago, as the High Court ruled in 2019.

“I don’t know what to do. I have four children and I don’t know where to go with them,” Karenga said as she fought back tears welling up in her eyes.

“This has been my home for the last sixteen years and I have nowhere to go,” she said.

A spitting distance away, Jasper Mugoni is tendering to his maize crop, hoping for its miraculous recovery after it was roasted throughout February by the sun.

“This could be my last year farming in this field. Actually, this might be my last crop,” he said with resignation written all over his furrowed face.”

Karenga and Mugoni are just two of several families that are going to be evicted after High Court ruled that they have illegally settled on a land belonging to Pfugari Properties in Whitecliff.

The Zimbabwe government had promised to compensate the property developer but reneged on its promise.

Vice President Constantino Chiwenga promised Whitecliff Residents that no one was going to be evicted while campaigning in 2018.

“We are in talks with the private land owner and no one is going to be evicted,” Chiwenga said amid applause at a rally in 2018.

However, talks have stalled and Pfugari Properties have activated the writ of execution.

“As local leadership, we cannot blame Pfugari because it’s their land. There is no land for free in Zimbabwe. Government is the one that settled people here and should compensate Pfugari,” he said.

The evictions and probably demolitions comes at a time people have already built properties; they want to safeguard their assets.