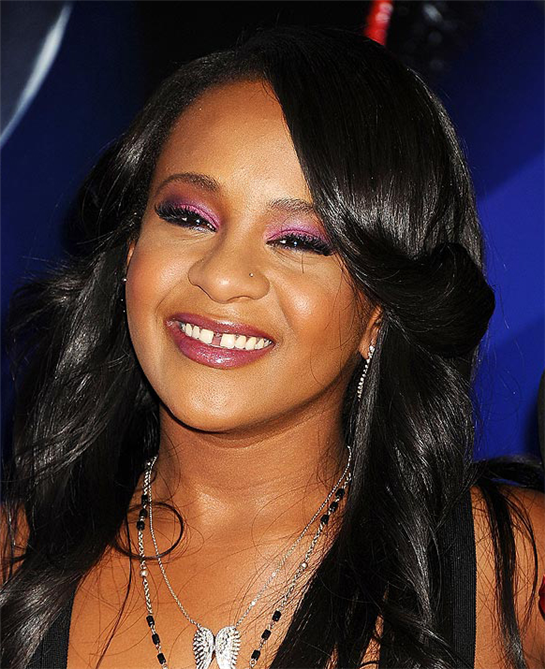 BOBBI Kristina Brown, daughter of late singer Whitney Houston, has died aged 22, a family representative has said.
Kristen Foster said she passed away on Sunday surrounded by her family and was “finally at peace in the arms of God”.
Brown was discovered unresponsive in a bathtub on 31 January and placed in a medically induced coma. She never regained consciousness.
She was moved to a hospice in the city of Duluth, Georgia, a month ago after her condition deteriorated.
Brown was the only daughter of Houston and R&B singer Bobby Brown.
Whitney Houston was found dead in a hotel bath in Los Angeles in 2012.
“Bobbi Kristina Brown passed away July 26 2015, surrounded by her family,” Foster said.
“She is finally at peace in the arms of God. We want to again thank everyone for their tremendous amount of love and support during these last few months.”
Brown had dreamed of carrying on her mother’s legacy as a singer and actress, and had a few small TV roles – but her career had not yet taken off.
In January, police said Brown was found face down in a bathtub in the suburban Atlanta home she shared with Nick Gordon, the man she called her husband. A police report described the incident as a “drowning”.
Gordon said at the time she did not appear to be breathing and lacked a pulse before emergency services arrived.
Brown was placed in a medically-induced coma and has been breathing with the aid of a ventilator.Advertisement