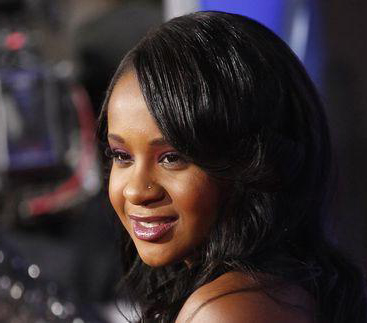 DOCTORS have replaced Bobbi Kristina Brown’s breathing tube with a tube usually used for patients who need to be on a ventilator for an extended period, a person close to the family said Thursday.
The 21-year-old’s breathing tube was replaced with a tracheostomy tube, the person, who is not authorized to speak on Brown’s condition, told The Associated Press.
A tracheostomy, which involves cutting into a patient’s neck, is often performed on patients who need to be on a ventilator for an extended period.
The surgery comes nearly three weeks after Whitney Houston’s daughter was found face-down and unresponsive in a bathtub of her Georgia home.
Brown’s family has said she’s “fighting for her life” at Emory University Hospital. A police investigation is ongoing and few details on her condition have been released.
Bobbi Kristina is the only daughter of singers Bobby Brown and Houston.
Houston was found face-down and unresponsive in about a foot of water in a bathtub in the Beverly Hilton hotel on Feb. 11, 2012, just before the Grammys.
She later died, and authorities concluded she had accidentally drowned. Investigators found a dozen prescription-drug bottles in the suite and listed heart disease and cocaine use as contributors to her death.
Bobbi Kristina’s partner Nick Gordon said in a statement through his lawyers Wednesday night that he “desperately” wants to see her. The 25-year-old Gordon said he is looking for permission from Bobbi Kristina’s family to visit her in the hospital.
Gordon said he has not tried to return to the hospital and risk a public confrontation. Bobby Brown’s lawyer hasn’t responded to numerous requests seeking comment.
Houston brought Gordon into her household as an orphan at the age of 12, raising him and her daughter after divorcing Bobby Brown in 2007.
Relations between Gordon and some other family members soured last year: He remains subject to a protective order barring him from being within 200 feet of Bobbi Kristina’s aunt, Patricia Houston.
Bobbi Kristina became the sole inheritor of her mother’s estate when she died in 2012, and shortly thereafter, she and Gordon went public with their romantic relationship.
Bobby Brown says his daughter isn’t and never has been married to Gordon.Advertisement