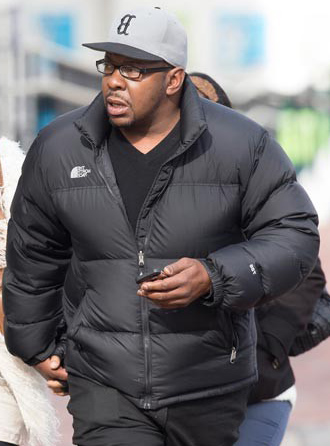 BOBBY Brown told concertgoers Saturday night that his daughter, Bobbi Kristina Brown, is awake nearly three months after she was found face down and unresponsive in a tub at her Georgia home.
Brown’s family has said she’s “fighting for her life” since she was found unresponsive January 31.
The 21-year-old Bobbi Kristina is the only daughter of Brown and the late Whitney Houston.
In a video, Brown tells the crowd in Grand Prairie, Texas, that “Bobbi is awake” and that “she is watching me.” The crowd screams.
Bobby’s update comes just a few weeks after he resumed performing.
The 46-year-old was supposed to be touring with Treach and Kay-Gee of Naughty By Nature, however he cancelled a handful of tour dates due to Bobbi Kristina’s hospitalization.
Concert promoters reportedly pressured the singer to return and make up previously cancelled shows.
Bobbi Kristina Brown has been moved to an undisclosed location since being released last month from a hospital in Atlanta.
Brown’s attorney, Christopher Brown, declined to comment.Advertisement