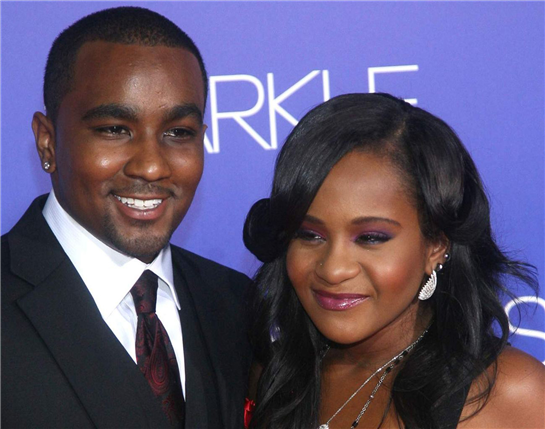 A LAWSUIT against Bobbi Kristina Brown’s partner, Nick Gordon, has been amended to include a wrongful death accusation.
The document, filed by the administrator of her estate, alleges Gordon “gave Bobbi Kristina a toxic cocktail, rendering her unconscious, and then put her face down in a tub of cold water”.
It is also claimed the pair had a loud argument before the incident, in which he called the 22-year-old a “whore” and a “bitch”.
Gordon’s lawyers said the lawsuit was false and slanderous.
Attorney’s Joe Habachy and Jose Baez said the allegations were baseless and the legal action was a “fictitious assault”.
Bobbi Kristina was found unresponsive in a bathtub at her Georgia home at the end of January, and spent six months in a medically induced coma after suffering irreversible brain damage.
She never regained consciousness and had been breathing with the aid of a ventilator before she died at a Georgia hospice on 27 July.
Gordon was already facing a $10m lawsuit, filed in June, where he was accused of causing life-threatening injuries and stealing from her bank account while she was in the coma.
That document had claimed she was found “with her mouth swollen and a tooth knocked out” back in January.
No one has been criminally charged in the case – but in February, Gordon was barred by the family from visiting Bobbi Kristina in hospital.
He was partly raised by Whitney Houston as an informally adopted son, and later began dating Bobbi Kristina.
After the singer died, they began to refer to each other as husband and wife, even though they were never legally married.
Brown’s death bore eerie similarities to her mother’s death in 2012, and last week, the young woman was buried alongside her mother.Advertisement